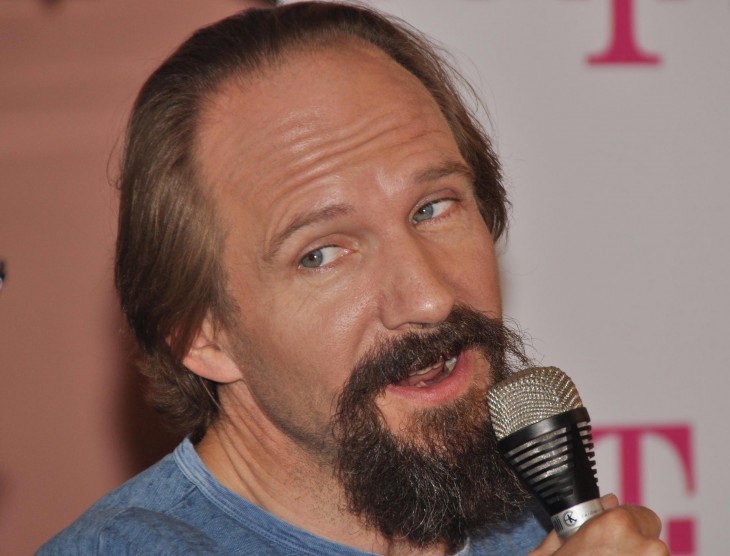 He’s in Croatia for a film festival screening of his directorial debut, Coriolanus, based on the William Shakespeare play.  Perhaps the beard is making up for how he looks as the title character in the movie itself: 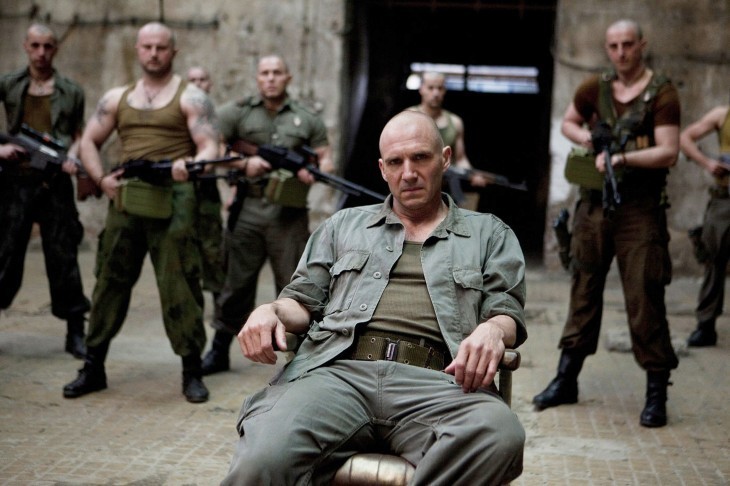 That shot is reminiscent of Marlon Brando as Colonel Kurtz in Apocalypse Now. Or for that matter, of Harry, the nasty mob boss Fiennes played in the underrated 2008 thriller In Bruges. 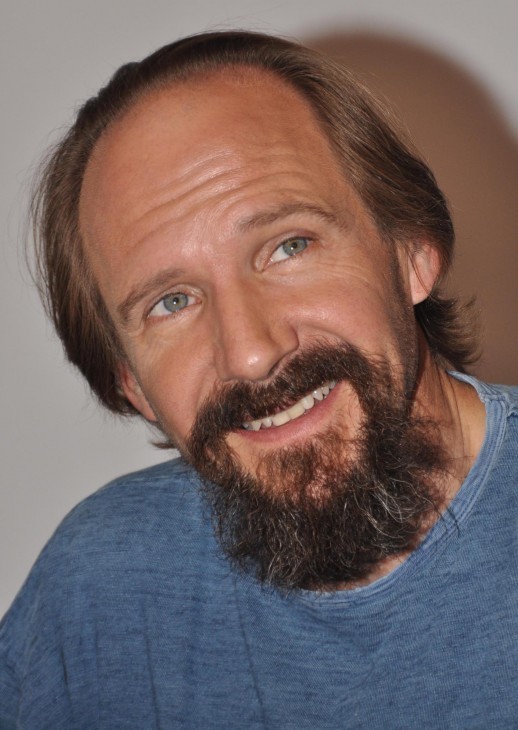