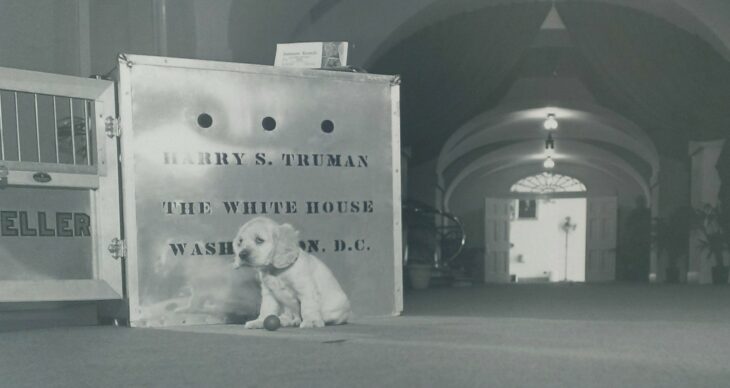 From the Newseum in Washington, D.C. and its exhibition on presidential “First Dogs” comes this photo of Harry Truman‘s dog Feller. If there’s ever been a more forlorn-looking pet in the history of White House pets, we haven’t seen it.

As the Newseum points out, it wasn’t even Truman’s dog at all:

Harry Truman is often credited wrongly with saying “If you want a friend in Washington, get a dog.” in fact, Truman wasn’t much of a dog lover. When cocker spaniel Feller showed up as a Christmas gift in 1947, Truman gave the puppy to his doctor.

Rejected! No wonder Feller looks so sad. The doctor was Brigadier General Wallace Graham, the White House physician, who kept the puppy kept in his quarters at Walter Reed Hospital. Except the whole idea didn’t go over so big with America’s dog lovers:

They attacked Truman as “anti-dog” and even scorned Dr. Graham for taking the dog. Thousands wrote letters telling the President that they would happily adopt the pet. Upset by the controversy, Dr. Graham decided to get rid of the dog.

Dr. Graham foisted Feller onto Admiral James K. Foskett. (At least the pup was moving back up the chain of command.) Eventually “Feller, the Unwanted Dog” was shipped off to Camp David, went to Italy when one of his handlers was transferred there, and finally ended up on a farm in Ohio where, we are told, he lived “for many happy years.”

Well, maybe. When a dog looks that pathetic, how can you tell if it’s happy? 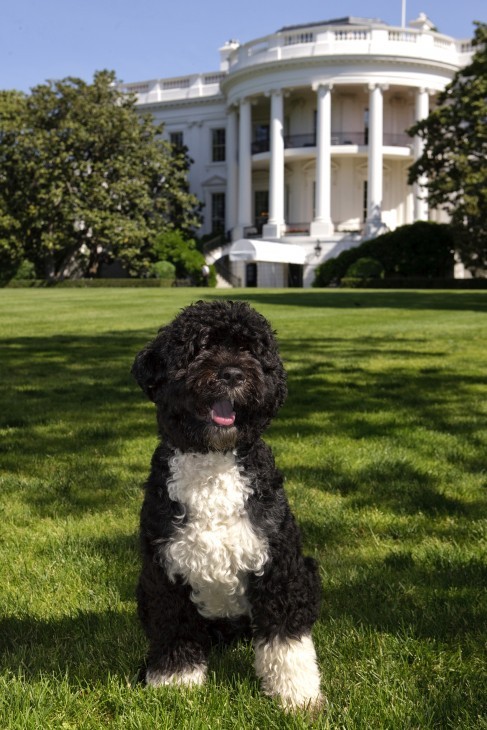 Nowadays, things are different for White House dogs, who look much more cheery. They are, in fact, valued political props. 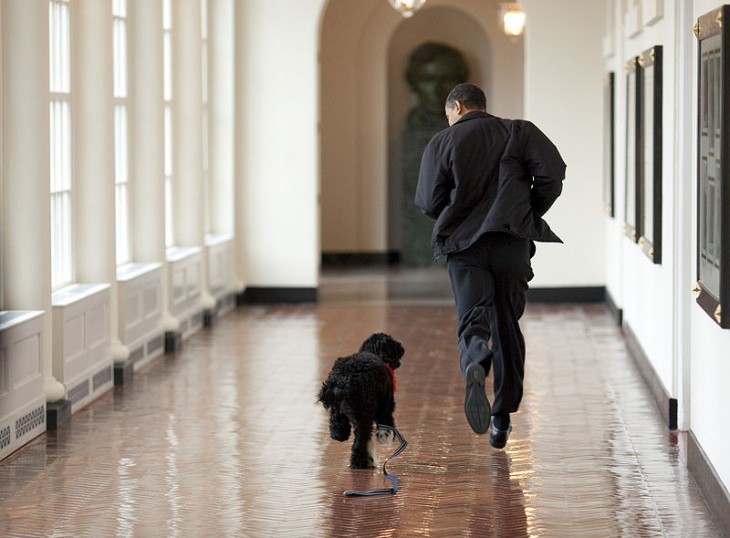 Not saying that Bo and Sunny, the current White House dogs, aren’t well-loved and played with. It’s just that no president these days would go without a dog. In fact, every president since Truman has had one.

Just coincidence, no doubt. Just like it’s coincidence that our last three presidents got their dogs after being elected to the White House. The photo ops are just too positive.

Speaking of presidential pets, if you really want a pet-friendly president it will be hard to beat Calvin Coolidge. His menagerie included:

It will take a brave president to bring a pygmy hippo into the White House these days.