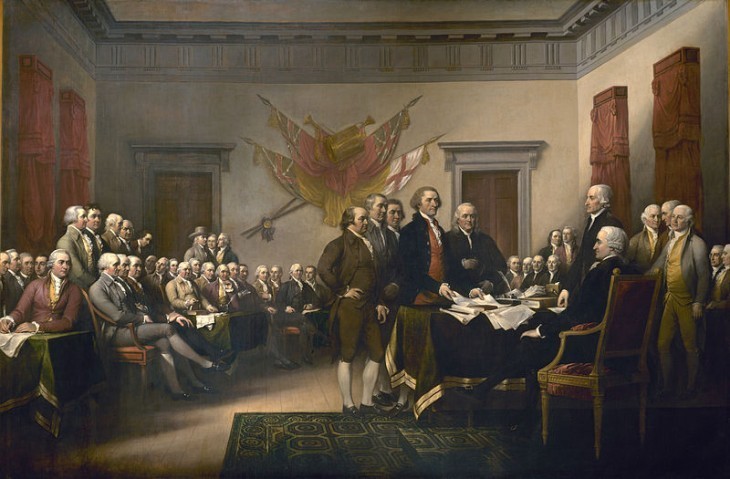 Most signers of the Declaration of Independence didn’t actually sign until weeks later:

“One of the big things that they did that most people don’t realize or understand is that they, though they signed the Declaration beginning in August 2, the vast majority of them August 2 of 1776, the last guy probably signed about five years later because he was busy with the war.
Their names were not released to the general public until January of 1777. So you have this good chunk of time from August 1776 to January 1777 where the only names people saw on that document were John Hancock, who was president of Congress at the time, and the secretary — his secretary, whose name was affixed to the very bottom, very, very small.
Everybody else was a mystery. And I think they did that specifically because they knew that there may be reprisals.”

Our Founding Fathers: Who Were They and What Happened To Them? »