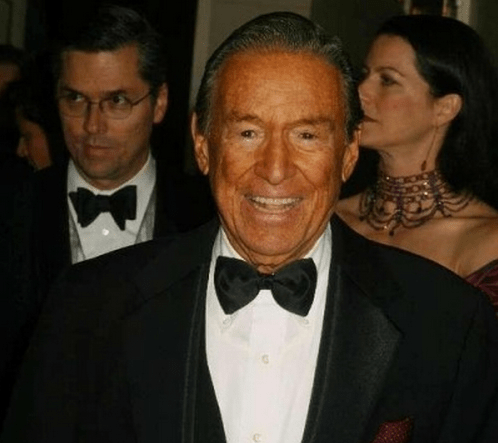 It only seems like Mike Wallace was on the air right up to the end. He’d been ill:

In a recent interview, Mr. Wallace’s son Chris, who is the anchor of Fox News Sunday on Fox, said that his father “is 93 and showing it for the first time.”

“He’s in a facility in Connecticut. Physically, he’s okay. Mentally, he’s not,” Chris Wallace said. “He still recognizes me and knows who I am, but he’s uneven. The interesting thing is, he never mentions 60 Minutes. It’s as if it didn’t exist. It’s as if that part of his memory is completely gone. The only thing he really talks about is family — me, my kids, my grandkids, his great-grandchildren. There’s a lesson there. This is a man who had a fabulous career and for whom work always came first. Now he can’t even remember it.”

Or maybe Wallace just didn’t want to talk about journalism with a guy who worked for Fox News. Morley Safer says the elder Wallace “took to heart the old reporter’s pledge to comfort the afflicted and afflict the comfortable.”