His no-danger, safety-harnessed walk on a long straight wire was good for 13 million viewers. 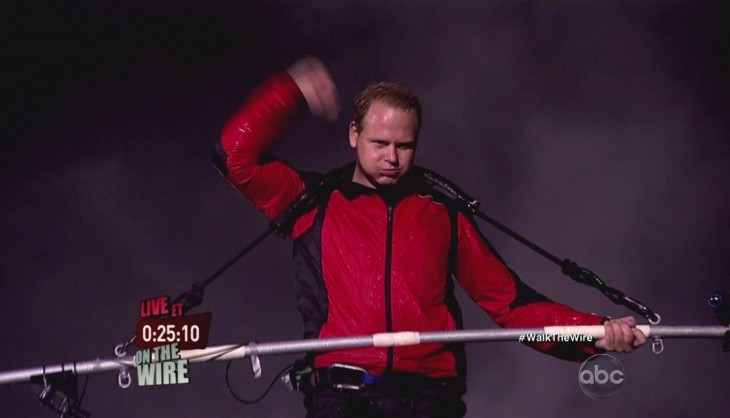 That was the weekend message for the ABC network, which scored big on Friday night with Nik Wallenda‘s no-danger, no-threat-to-life-and-limb, follow-your-dreams-people trot across Niagara Falls.

ABC is already in talks with Nik Wallenda to be shot out of a cannon while wearing a special harness that leaves him suspended in midair from a crane, so that he can be lowered safely to the ground.
We kid. Congratulations to him.
Niagara Falls Stunt Gives ABC Best Friday in Five Years »