And, like modern presidential campaigns, modern corn mazes are over the top, too complicated, mechanically designed… and only appreciated from a great distance.

Like this one featuring President Barack Obama and Mitt Romney in Idaho that got the attention of New York Magazine: 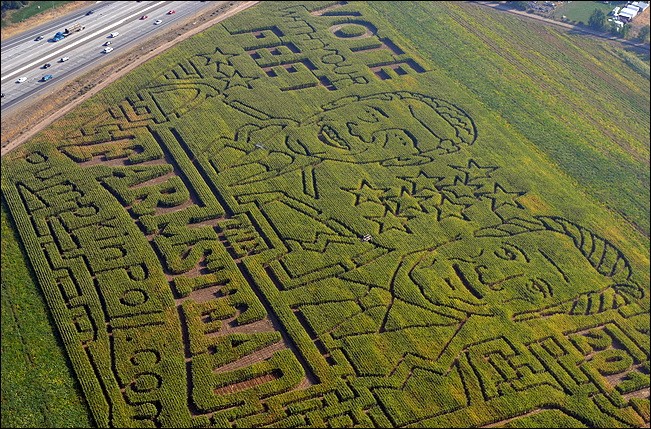 It’s in Idaho, at The Farmstead. The local press is optimistic about a Mitt Romney victory, but you can see from the comments section that not everyone is thinking about their vote: 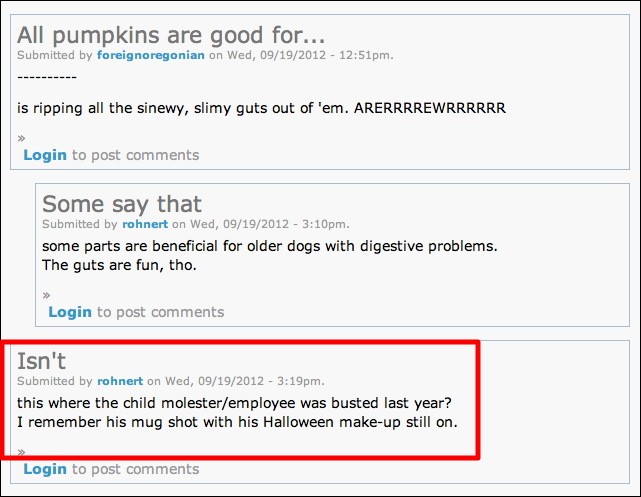 It’s not the first president-themed corn maze they’ve done there: 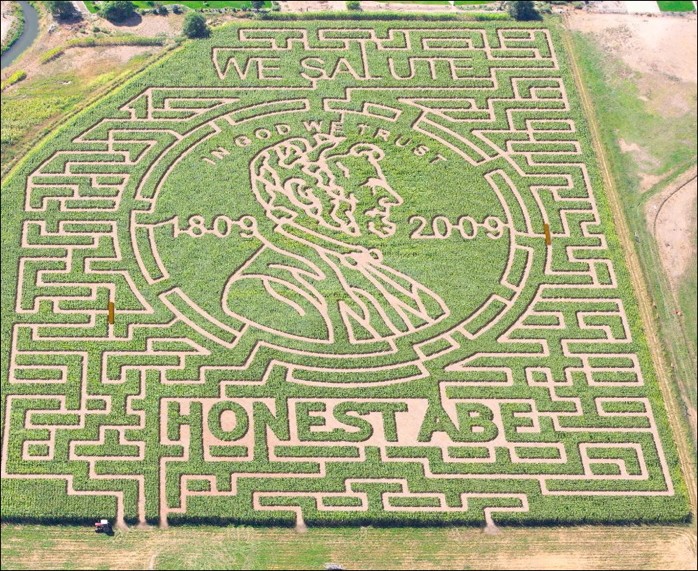 Nor is it the only weird thing there The Farmstead. It has nothing to do with anything, but this photo was in a slide show that highlighted their 2012 corn maze. I don’t know what the story is behind it — perhaps it’s supposed to symbolize the national debt or the electorate — I just felt compelled to include it: 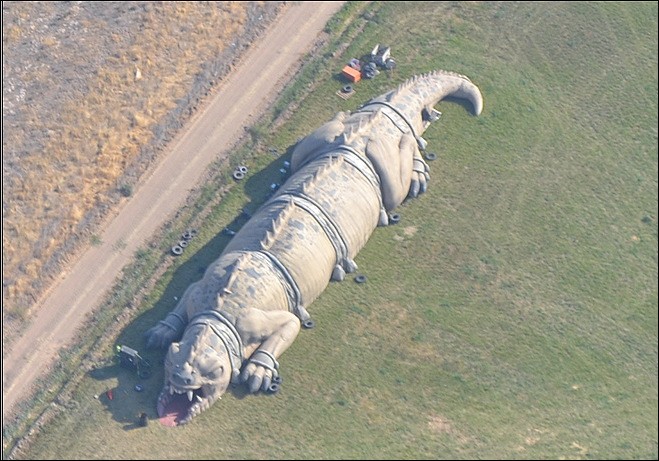 Here’s another presidential corn maze in Arkansas, from Farmland Adventures: 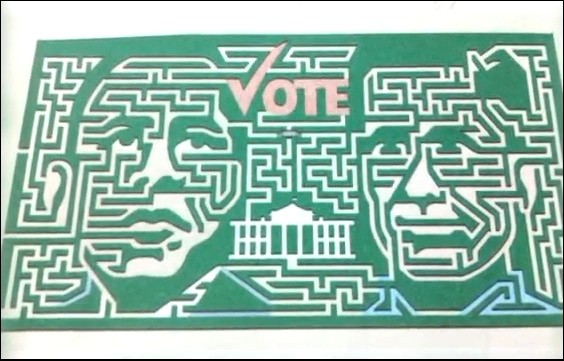 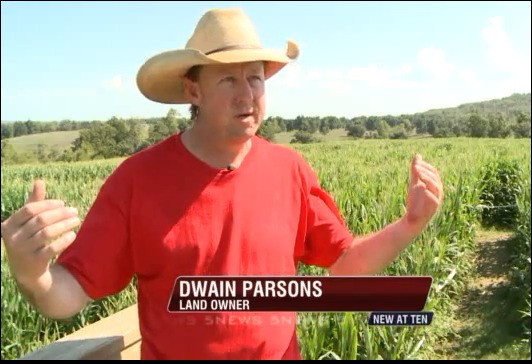 There’s a video report from the local TV station, so it’s possible to hear owner Dwain Parsons describing his operation. It would be more possible if that local TV station didn’t have such a screwy system for embedding video.

How about a presidential corn maze in Wisconsin?

Or this one in Iowa? (Last year they had a Prius!) 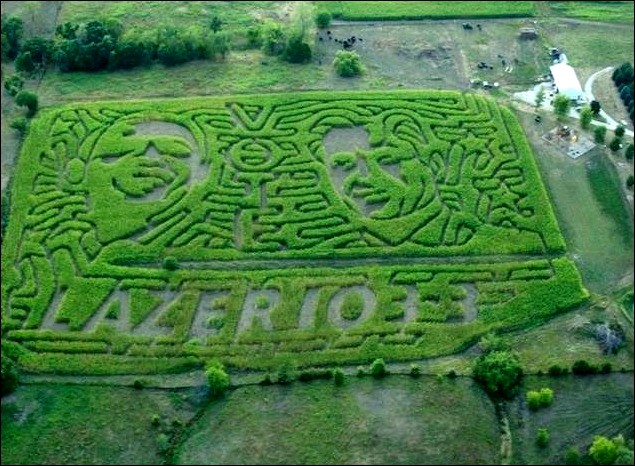 Here’s an older one from Severs Farm in Minnesota, where they have a history of large, complicated designs: 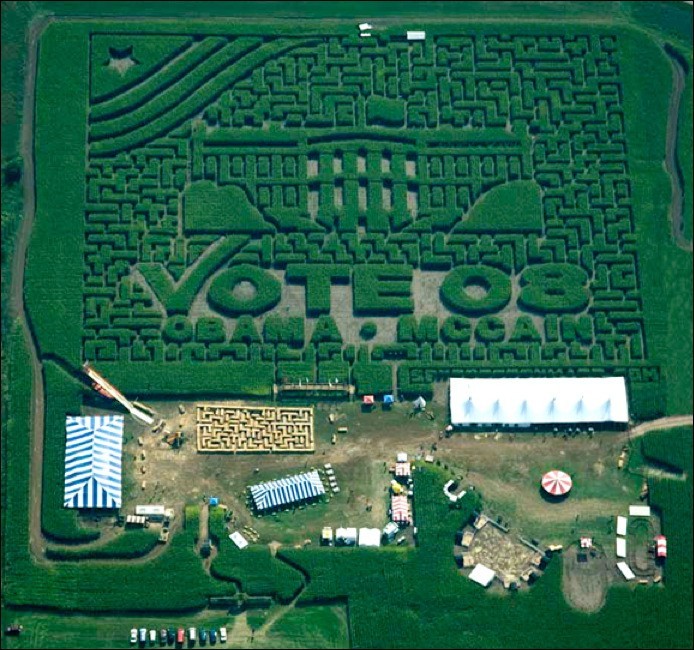 And finally, here’s one from Baggestos Farms in Sherwood, Oregon: 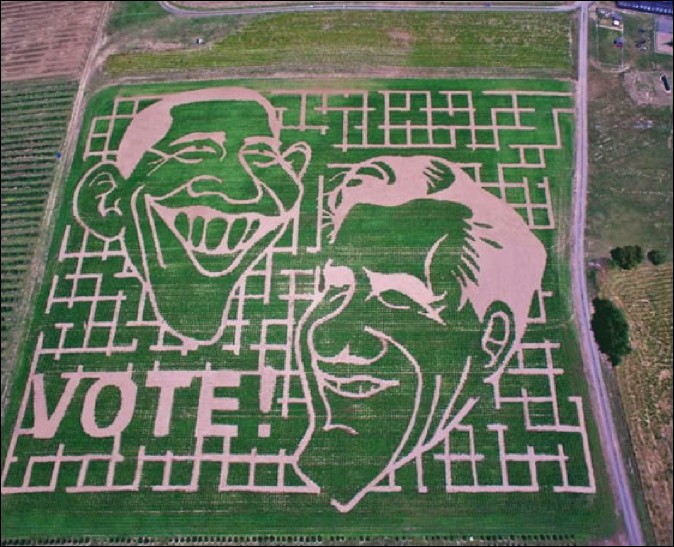 And that’s only the tip of the iceberg, I’m sure. Look for a presidential corn maze in your rural neighborhood soon. Be prepared for plenty of jokes about “getting inside the candidates’ heads” and, depending on where you live, look out for mazes that only allow you to turn left, or where turning left is not allowed.