Mass murderer David Berkowitz says violence is bad. As if he didn’t already prove that 35 years ago.

Berkowitz was the New York killer who wrote letters to the newspaper and signed them “Son of Sam.” Sam, it turns out, was a neighbor’s labrador. A demonic labrador, according to Berkowitz, who ordered him to shoot 13 people, six of whom died.

That was in 1976 and 1977, in the Bronx, Queens and Brooklyn. Berkowitz was 24 years old when he started his violent spree. He’s been in prison for three decades and doesn’t want out.

In this new interview with the New York Daily News, David Berkowitz says he prays for his victims, preaches the gospel to wayward youth and thinks about what his life would have been like had he not “taken a wrong turn.”

In my book, taking a wrong turn describes something more like, oh, I don’t know… shoplifting a pack of gum and getting caught. It’s not stalking people in lovers’ lanes and shooting them repeatedly with a .44 caliber handgun.

According to Berkowitz, he became a Christian after ten years in prison. He believes God has a plan for him. Which is kind of screwy, because that means God intended for him to kill all those people for no reason. That doesn’t seem all that much different from taking orders from the neighbor’s dog. But at least he’s not out killing folks, so I won’t probe too deeply.

His message about violence and guns isn’t much of a message. “I would love to speak bluntly to those gangbanging teens and wanna-bes and tell them prison is nothing like what you think. If you’re packing a gun, you’re making a big mistake, and you’ll regret it.”

He means you’ll get a longer prison sentence. So much for empathy for the victims of gun violence. Berkowitz still has some trouble taking responsibility, even 35 years later. “I felt like I was under demonic control,” he says about his killing spree. “That person is like a total stranger to me now.” Except it’s still you, David. You still did it.

“Even here,” he says about prison, “guys can’t get over my past. They hold grudges.” Huh. Imagine that. 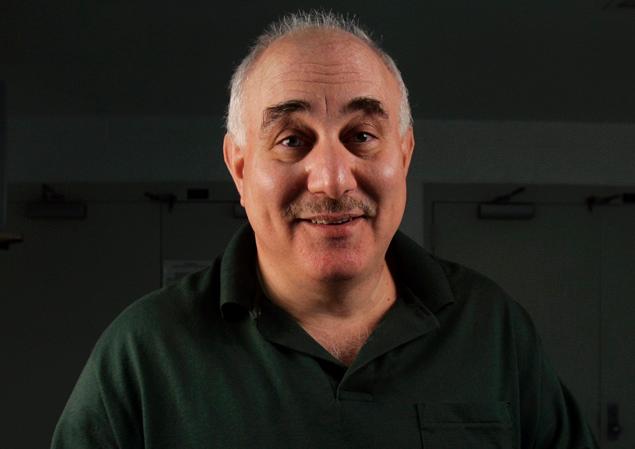 (Front photo from the Associated Press.)