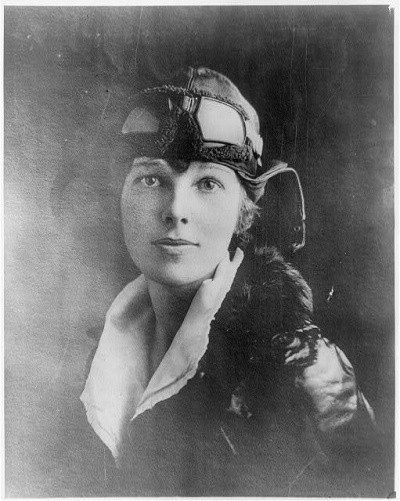 Did Amelia Earhart crash-land her plane on the remote Pacific island of Nikumaroro — and survive?

I know, I know: we’ve been here before.  But wait!

One senior U.S. official said a new analysis of a contemporary photo of a portion of the island shows what some people believe could be a strut and wheel of the plane protruding from the water.

…Previous visits to the island by the group have recovered artifacts that could have belonged to Earhart and [navigator Fred] Noonan and suggest they might have lived for days or weeks after landing on a reef.

And this time, Secretary of State Hillary Clinton is getting involved. A little bit: she’s meeting Tuesday with historians and scientists from The International Group for Historic Aircraft Recovery.

That’s TIGHAR, the same dudes who spent $594,188.03 on an expedition to Nikumaroro in 2010. There they found “bone fragments that might be of human origin” and broken glass that showed “evidence of secondary use as tools for cutting or scraping.” Woot!
Here’s the TIGHAR hypothesis:
Face time with Secretary Clinton is a big step toward for TIGHAR. (They’re going back to Nikumaroro this summer.) Still, the Department of State is officially skeptical:

The administration takes no position on the purported evidence and acknowledges there is fierce debate on the subject.
…State Department officials say Clinton will use Tuesday’s event to lend her high profile to the search while also lauding Earhart’s legacy as a pioneer for women and a model of American courage.

Hillary Clinton is also joining awesome Transportation Secretary Ray LaHood for a ceremony this morning celebrating Amelia Earhart. It was 75 years ago this year that Earhart and her navigator, Fred Noonan, made their fateful trip.
Learn more about Amelia Earhart »