Can we please stop pretending that the Supreme Court’s ruling in the case of the Affordable Care Act will be a nail-biter?
It won’t be. The court’s conservative majority has already made up its mind. It will declare individual mandates unconstitutional and thus blow up health care reform. 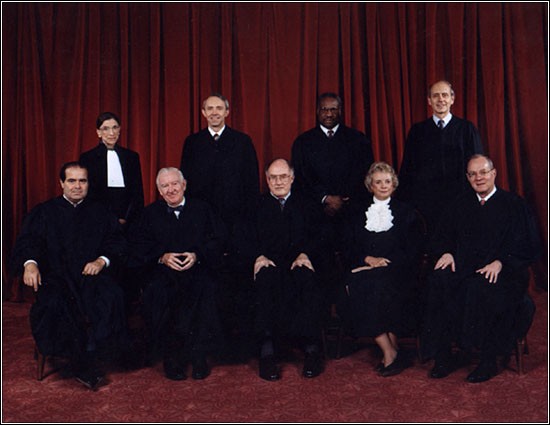 How can we know? Just take a glance back at 2000 and Bush v. Gore, when five Republican justices ignored their own long-held positions on federal power to hand the election to George W. Bush.
What has changed from then until now? Not much.
Look at it this way: this court’s two most right-wing justices — Antonin Scalia and Clarence Thomas — were there in 2000 and would still today cross a busy street and walk a block to spit on a Democratic lawn sign. (Or possibly on a Democrat.) Don’t think they’ll pass up this chance to stick it to Barack Obama and make the Democrats look weak in 2012.
Two of the newer justices — John Roberts and Samuel Alito — are compulsive conservatives who will have no qualms about setting aside justice to do what’s best for the Republican Party. (Roberts went to Florida as a private lawyer for Bush in 2000, after all.)
That means the Supreme Court starts with four votes to overturn before oral arguments have even begun. The remaining justices would have to go 5-0 in favor of the law in order for it to pass the Court, which is roughly as likely as a hungry terrier choosing five carrot sticks over one sausage.
With “swing vote” Anthony Kennedy in the house, that 5-0 sweep is not going to happen. He was the guy who swung George W. Bush into office in 2000, after all. He also joined the conservatives to swing the Citizens United decision of 2010, opening the floodgates to GOP-friendly corporate money in elections.
You don’t have to be Chinese to read those tea leaves. 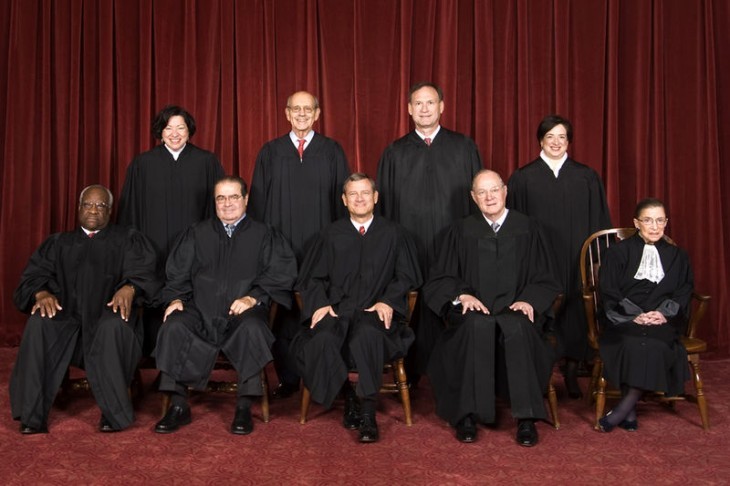 And please don’t insult us by suggesting that Kennedy or the others will be worried about setting a precedent or that, say, Justice Scalia might be concerned about his past votes saying Congress does have the power to make such mandates.
If necessary, the justices will simply do what they did in 2000: declare that their ruling is a one-off that can’t be used as precedent for any other case. “Our consideration is limited to the present circumstances.” Problem solved!
5-4, this Supreme Court will kill health care reform. And get a fat laugh out of doing it.
Yes, it is sad to be so cynical about the Supreme Court. But anyone who was around in 2000 can see how this one ends. Let’s at least not kid ourselves going in.