On this day in 1865, the man who murdered President Abraham Lincoln was cornered by the Union Cavalry and shot to death.

John Wilkes Booth had eluded the long arm of the law for 12 days, but on April 26th he was found in a barn (shed) on the Garrett Farm in Virginia. 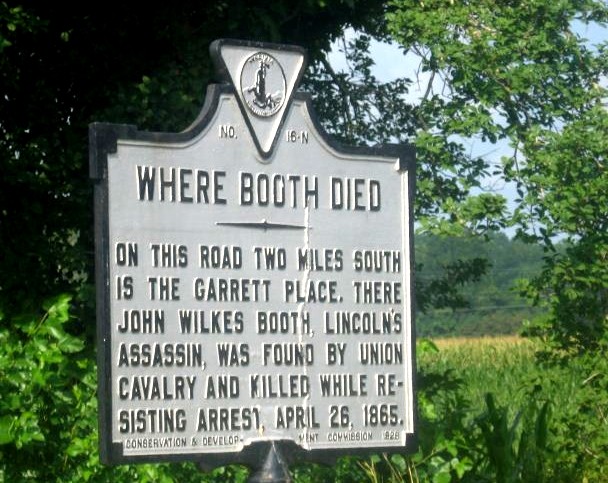 The historical marker near the site reads: “On this road two miles south is the Garrett Place. There John Wilkes Booth, Lincoln’s assassin, was found by Union Cavalry and killed while resisting arrest April 26, 1865.”

They tried to run him out with a fire, and in the confusion Booth was shot by Sgt. Thomas “Boston” Corbett. The illustration from Harper’s Weekly (thanks to The Civil War) makes Corbett look pretty thuggish: 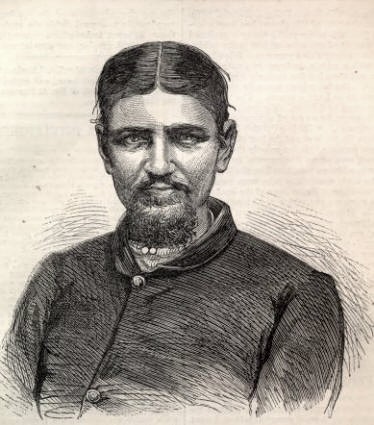 Booth died shortly after being shot, and that was that. Just like when Jack Ruby shot and killed Lee Harvey Oswald after John F. Kennedy was killed. Everyone’s left to wonder just what the hell went on.

The wonderful site Eyewitness To History has an account of the death of John Wilkes Booth, for those who want more details.

(Thanks to Waymarking.com for the historical image marker. Check out that site, it has quite a program for hobbyists.)