The falling bear has met a tragic end. 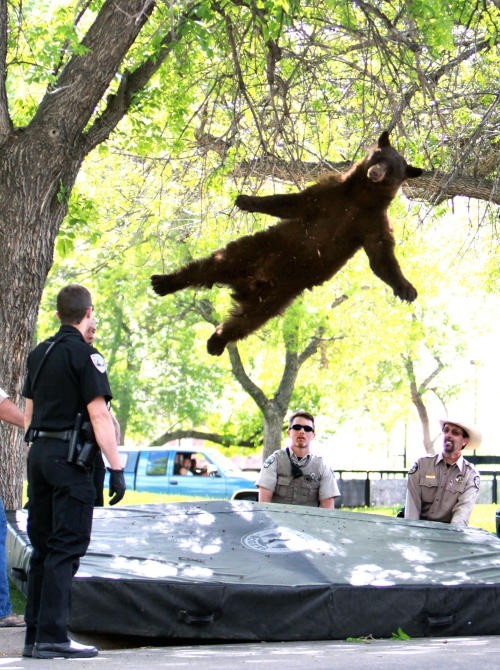 The bear fell to fame last week in Boulder after being tranqulized by animal control officers. They relocated him in the mountains, 50 miles away. But today he was killed on nearby Highway 36, apparently making his way back to his old neighborhood.

The problem with relocating the animals, [experts say], is that Colorado lacks a sufficient wilderness area to accommodate all of the bears that wander into heavily populated areas. And a relocated bear often views the area where it was captured as its home range and does its best to return…
“A couple years ago, there was a bear we moved … from Table Mesa all the way to the Wyoming border, and he came back within a month.”