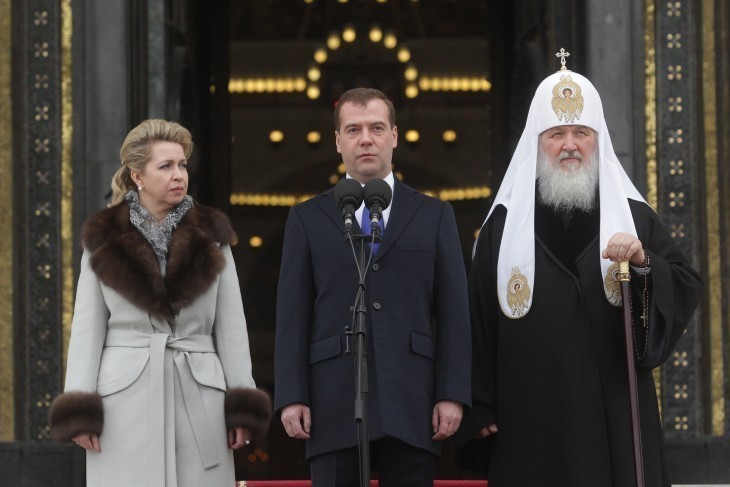 The occasion was a sanctification at Nikolsky Marine Cathedral in the Russian Baltic Fleet main naval base at Kronstadt, which is not so far from St. Petersburg.

The Patriarch’s headgear really caught our eye. Not to spout sacrilege, but those basset-ear dewlaps on the front are really something else. You can see Mrs. Medvedev puzzling over them herself in that photo. (Or she may be thinking, “Is that Jeff Bridges?”) 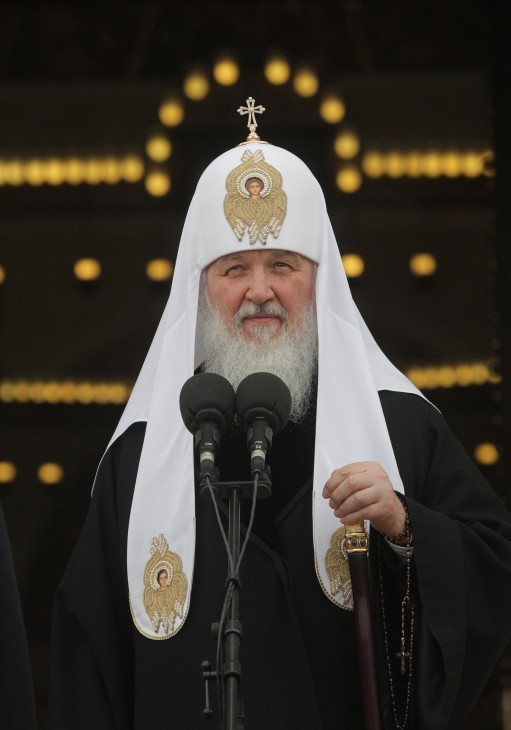 The hat is called a koukoulian, and it’s all standard POMAR procedure:

The Patriarch of Moscow and All Russia wears a white koukoulion with a “Zion,” a stiffened point topped by a cross. He wears this ex officio, whether or not he has been tonsured into the Great Schema.

Which is only fair. And:

In the context of monastic vows it is called the koukoulion of kindliness, and the helmet of salvation.

The “helmet of salvation” is hereby declared the phrase of the day.

Now that President Medvedev is done keeping Vladimir Putin‘s seat warm, he must have plenty of time to ponder such things himself. You can sense his enthusiasm in the photo.