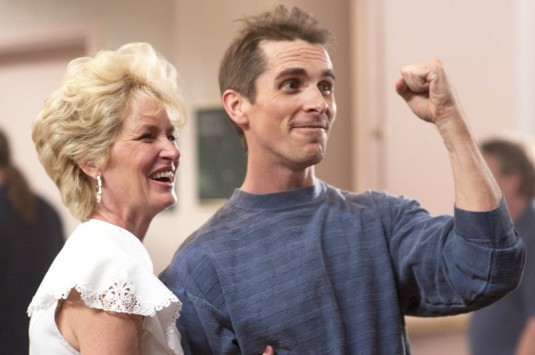 Melissa Leo and Christian Bale — mother and son in The Fighter — have swept the supporting actor awards at the 2011 Oscars.

Leo was up first, and as an added bonus she got to flirt with 94-year-old Kirk Douglas. Bale, wearing a full beard, took time to introduce Dicky Ecklund, the feisty fighter he played in the movie.

Congrats to them both!