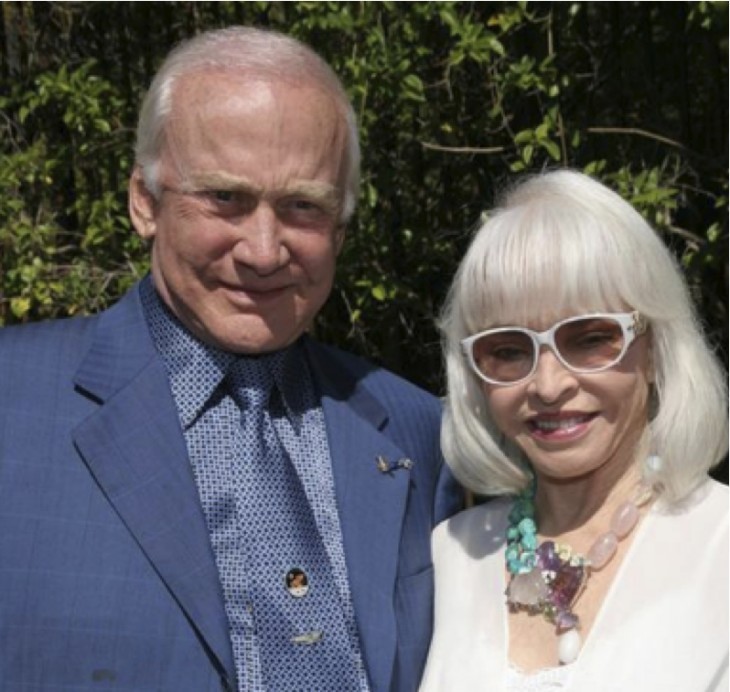 The action figure couple known as Buzz Aldrin and Lois Driggs Cannon are getting divorced after 23 years of marriage.

As you may know from the Who2 biography of Buzz Aldrin, he was the second human to walk on the moon.

How about this one, from Los Angeles: “The Honey-MOON is Over.”

“Buzz Aldrin moonwalks out on his wife” was a popular one. And a little shopworn — when Buzz Aldrin got booted off of the TV show Dancing With Stars, the gossip sheets said he “moonwalked out.”

In other words, getting a divorce is like getting kicked off a TV show is like walking on a surface other than the earth’s.

[2013 update: The divorce turned nasty, then they split Buzz’s fortune.]