Yes, there are some spoilers, I guess. In the sense that you’ll see creatures that don’t show up in the movie until well into it, but not in the sense of giving away any secrets to the story.

Because there really ain’t much of a story, and there ain’t much sense to the story either. But it sure is great looking! Once again Ridley Scott proves himself as the master of slick. It was worth seeing it on the big screen, just for the production design and special effects. Otherwise, it’s a pretty silly sci-fi movie.

So instead of trying to guess just what the heck this movie is saying, or how in the name of pete is has anything to do with Alien, spend your time admiring the art with this gallery of photos of concept art. 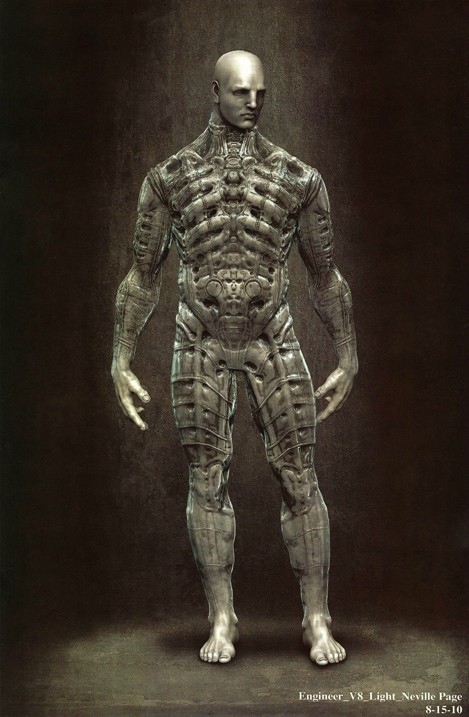 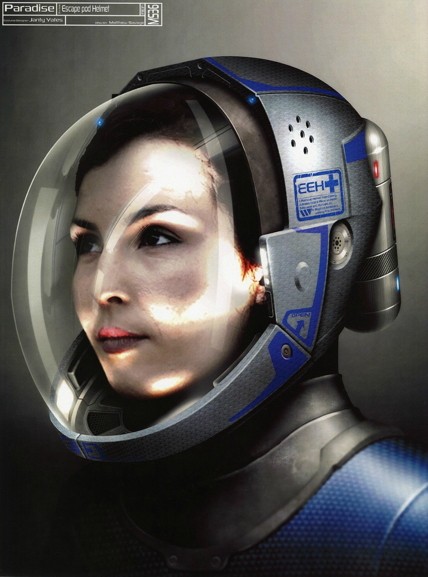 Here’s another gallery that features shots of the “Engineer,” including some behind the scenes.

And a gallery of alien creature designs.

Prometheus stars Noomi Rapace as the plucky heroine. She was the original Girl With the Dragon Tattoo. It also stars Charlize Theron in a role that seems like it was bigger before they edited the movie. And Idris Elba, who is a lot better when he doesn’t use an American accent, but that’s okay. It’s hard to believe an Englishman commanding a starship.

The movie also has Michael Fassbender in it, but then what doesn’t?