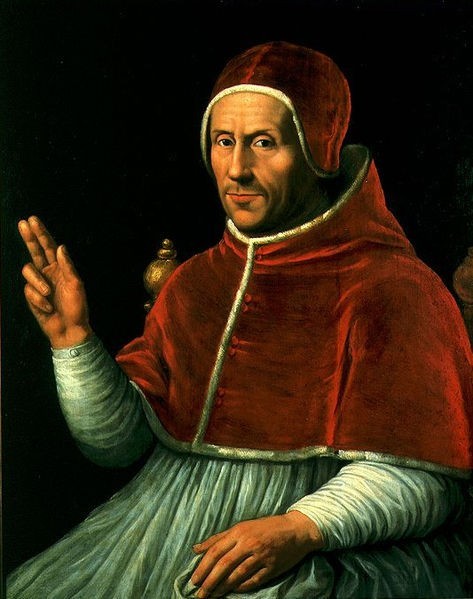 Betting on the Holy See? It’s nothing new:

At the conclave [of 1549-50], which lasted 72 days, bets ranged from the eventual pope to whether one would be elected at all. Italian Cardinal Giovanni Maria Ciocchi del Monte entered the conclave the favorite, at 20-to-100 odds, and eventually exited as Pope Julius III…
In 1591 Pope Gregory XIV attempted to end such wagering, by issuing a papal bull threatening excommunication for those betting on papal elections, cardinal appointments, and the length of a pope’s reign.

As of March 8, their odds place Cardinal Angelo Scola (3-1) as the favorite, after Cardinal Peter Turkson of Ghana (7-2) had held the spot for more than a week. Out of the gate, Canadian Cardinal Marc Ouellet stood as the pack leader (5-2, on Feb. 11; currently 10-1).
While odds makers omitted Scottish Cardinal Keith O’Brien (skipping the conclave amid abuse allegations) from the list, they included noted atheist Richard Dawkins, with foreboding 666-1 odds.

Scola is down to 2-1 odds today. He was also in the running in 2005, but this time he’s said to be a favorite of the reform faction.
Bono is also available at 1000-1. What an investiture concert that would be!
With Conclave Looming, All Bets Are On »
(Image: Portrait of Pope Hadrian VI, painted circa 1523 by Jan van Scorel. Image via Wikimedia Commons.)