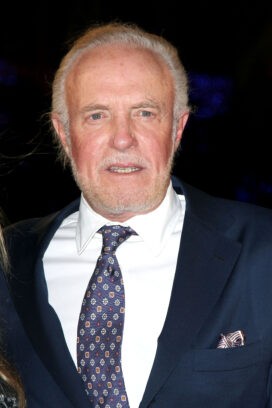 Caan grew up in Queens, New York and got into acting after a brief flirtation with college football. During the 1960s he appeared in small roles in TV shows and films, while at the same time participating in professional rodeo competitions.

The Godfather earned Caan an Oscar nomination and came on the heels of his Emmy-nominated performance in the homoerotic tearjerker Brian’s Song (1971).

After bouncing back in the Michael Mann thriller Thief (1981), he dropped out of sight for several years before returning in Coppola’s Gardens of Stone (1987). Caan later explained his rocky patch as a product of financial disaster, drug addiction and the death of his sister. During the 1990s he was back on the scene, with notable roles in the film version of Stephen King‘s Misery (1990), the indie favorite Bottle Rocket (1996, with Owen Wilson) and the comedy Mickey Blue Eyes (1999, with Hugh Grant).

His son Scott Caan is an actor who has appeared in Varsity Blues (1999) and Ocean’s Eleven (2001)… Often mistaken for an Italian-American, James Caan was actually of German-Jewish heritage… His enthusiasm for horses and rodeos earned James Caan the nickname “The Jewish Cowboy”… James Caan was a member of the OpenFilm.com board, a distributor for independent film projects.

Something in Common with James Caan