Dig into the story of the making of that godawful Super Mario Bros. movie from 1993. We even have Roger Ebert reviewing it on his TV show.

The movie was going to be the first blockbuster based on a video game. As Karina Longworth explains over at Grantland, it was a case of producers seeing dollar signs when the popularity of Nintendo’s Mario Bros. was explained to them.

That and their faith that kids will spend money to see a movie based on their favorite video game characters, no matter how bad the movie is. And some kids DID see the movie, but not enough to even earn half the production costs.

It’s a tale of big names and big movie studios and big money. Bob Hoskins and John Leguizamo eventually got the roles of Mario Mario and Luigi Mario. Hoskins was hot off the success of kid-friendly movies like Who Framed Roger Rabbit and Hook. Leguizamo was a hot young star from his Broadway show. 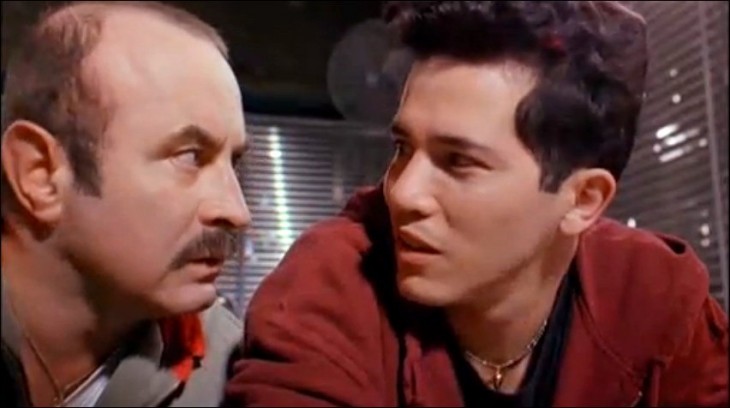 Dennis Hopper was hired to play the villain. 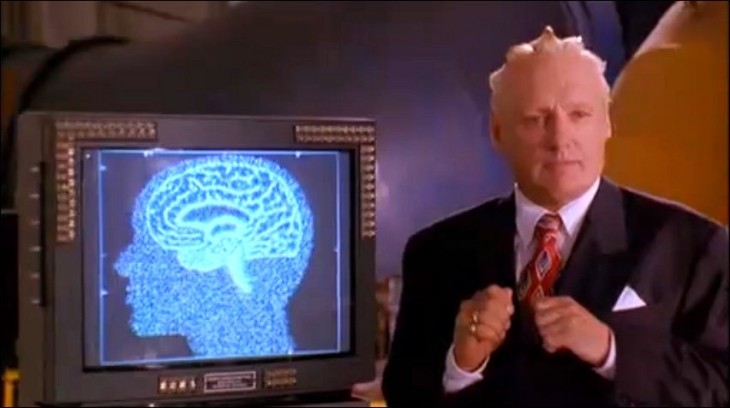 In the early stages, the role of Mario Mario almost went to Dustin Hoffman. Then it was offered to Danny DeVito. Even Tom Hanks was considered — he could have won his first Oscar (instead he got stuck winning an Oscar for Philadelphia).

Producer Roland Joffre, better known as the director of The Mission and The Killing Fields, got his production company to pony up $2 million just to have the rights to make the movie. For directors he ended up with the creators of the TV show Max Headroom, Rocky Morton and Annabel Jankel, neither of whom had much in the way of feature film experience.

Five full drafts and at least nine writers later, they ended up with a noisy narrative mess. It’s too dark and confusing for kids, and too mind-numbingly stupid for adults. It’s like politics!

Longworth’s piece is an interesting look at why the movie failed, and why it seemed headed that way from the get-go. She also links to another very interesting article from the Los Angeles Times, from before the movie was released. It paints the picture of a movie production where too many cooks really did ruin the stew. Around the same time, the New York Times ran a piece that made things look pretty rosy (it’s not as interesting).

The directors didn’t go on to make more movies. The movie doesn’t have a sequel (even though it was set up for one). It also starred Samantha Mathis (from Broken Arrow) and Fiona Shaw (she went on to play Petunia Dursley in the Harry Potter movies). It’s narrated by Dan “Homer Simpson” Castellaneta.

Grantland concludes: “Born of the worst intentions, Super Mario Bros. was the toxic product of greed, hubris, incompetence, and total condescension to the audience; it was the black swan of early ’90s blockbuster engineering.”

And here’s Siskel and Ebert reviewing it on their television show:

Roger Ebert sums it up for the both of them: “It’s just a lot of people, running around, all talking at once, in a plot that nobody cares anything about, and just every once in a while, a little moment that kind of sparkles… but it’s a complete waste of time and money.”

And here’s a bit of trivia, especially for fans of 1990s indie folk-rock: Toad, one of the villain’s minions, was played by Mojo Nixon, the guy who did the song “Debbie Gibson is Pregnant With My Two-Headed Love Child.” 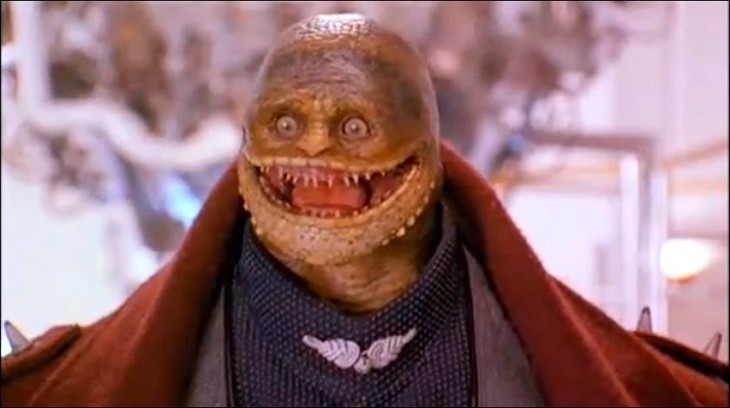