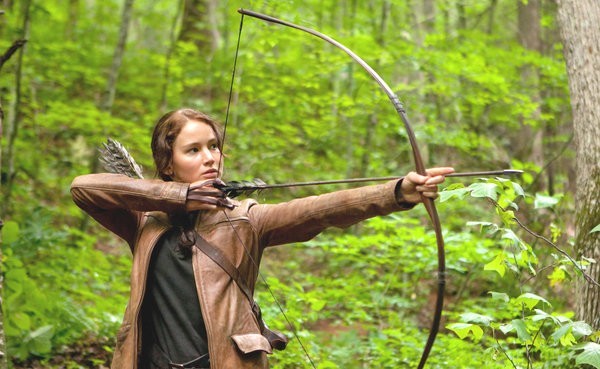 David Thomson, the distinguished film reviewer (incredibly distinguished, really), is so not on the Hunger Games bandwagon.

It’s a terrible movie, but it grossed $68.25 million on its first Friday. So that’s where your teenage daughters were over the weekend—or what they told you.

When a reviewer starts right in on your teenage daughters, that’s not a good sign for the film. (Or just check the URL for Thomson’s review: “/the-hunger-games-collins-lawrence-ross-terrible-un-american.”)

But Thomson has bigger things in mind: in particular, the talents of Jennifer Lawrence.

Lawrence has great ability, and the publicity says she got in shape for this adventurous role. Still, she looks as well-fed or un-hungry as a star player on the UCLA water-polo team, and as placid or chlorinated.

Lawrence seems reserved and biding her time—she has signed on for all four films in the series, and her rewards must be stupendous. I hope she won’t forget that in Winter’s Bone, where she probably had little more than per diem money, she got an Oscar nomination for a portrait of rural courage and persistence.

…I grieve for Jennifer Lawrence to think that vital years will be given over to the drivel of this franchise.

He’s a terrific writer. After dashing off a quip like “as placid or chlorinated,” most writers put their feet up and call it a day.  Thomson probably went off to write 3000 words for the next edition of his New Biographical Dictionary of Film.

Meanwhile, the LA Times also wonders if Jennifer Lawrence was “too well-fed” to play Katniss Everdeen:

The film tells of a malnourished North American nation, Panem, under the control of a sleek and excessive capitol city, with the participants in the annual fight-to-the-death Hunger Games depicted as skin-and-bones teenagers clawing for survival.

…”A few years ago Ms. Lawrence might have looked hungry enough to play Katniss, but now, at 21, her seductive, womanly figure makes a bad fit for a dystopian fantasy about a people starved into submission,” said Manohla Dargis of the New York Times.

Honestly? Did she look so terribly seductive and womanly at, say, the movie’s premiere? 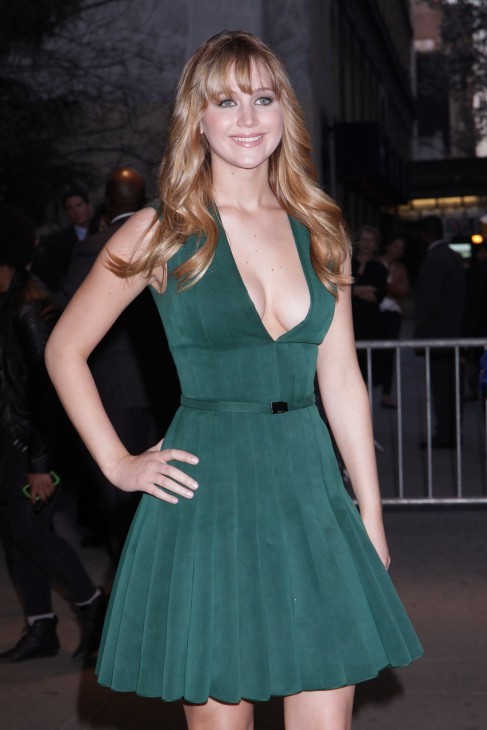 Tags: David Thomson Endowments Film Reviews Food Jennifer Lawrence The Hunger Games
Yes, That WAS Laurie Dhue on the JetBlue Flight With the Freaked-Out Pilot
Shepard Fairey Off to Jail?