Disney is buying LucasFilm for about $4 billion dollars, and threatening to make a new Star Wars movie by 2015.

When they say Disney is buying LucasFilm, they mean Disney is paying George Lucas, who owns all of his company. The report is that Lucas will get about $2 billion in cash in the deal.

The other $2 billion will come in the form of a unique edition DVD of Cars 2, made specifically for George Lucas, who claims it is “only the second movie to ever have made me laugh.” 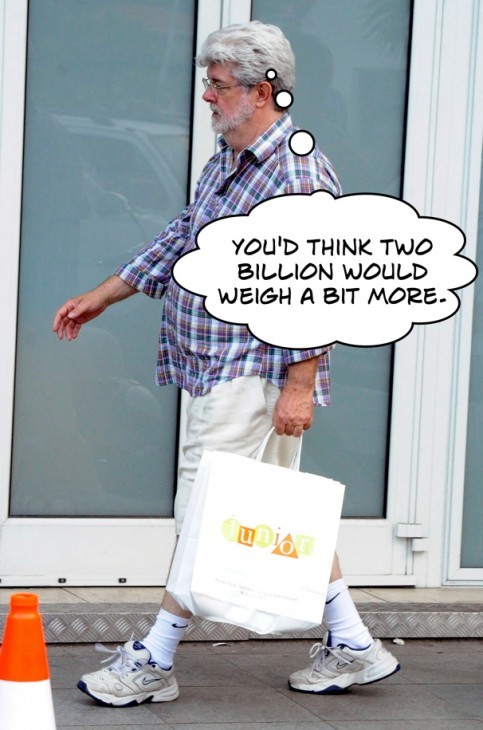