See behind the scenes, as a stuntman runs across a bunch of alligators — again and again — for a shot in the James Bond film To Live and Let Die.

The 1973 film starred cheeky Roger Moore as James Bond. The Bond “girl” in that movie is none other than Dr. Quinn, before she was a country doctor — Jane Seymour. The bad guy was played by… who cares? Let’s get to the alligators!

Thanks to Daryn Hinton for the video.

Will Daniel Craig do one better than running across a pond of ‘gators in the upcoming James Bond film Skyfall? I hope so.

For more on James Bond, there’s the Who2 biography, as well as our feature Played Bond. 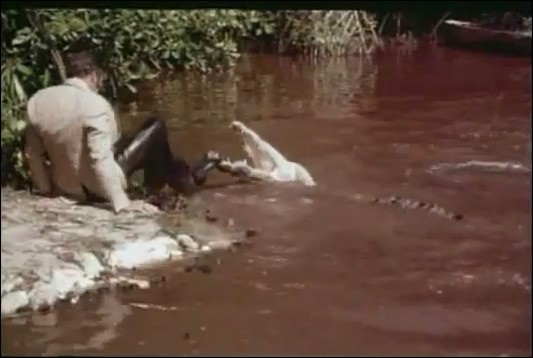