Don Draper is back for the fifth season of Mad Men. 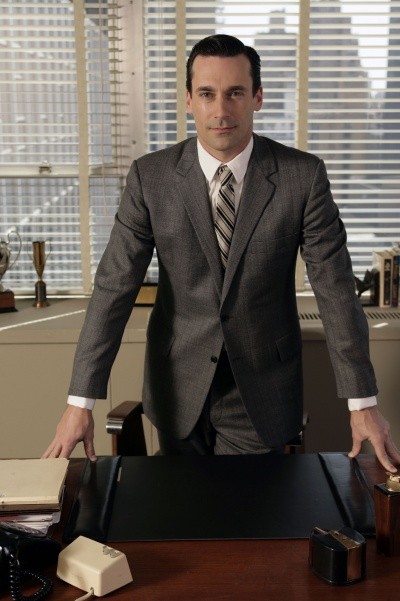 We do have a full Don Draper biography, now updated to include his marriage to his former secretary, Megan. We also have a few saucy photos of Draper and his alter ego, Jon Hamm.

Also, if you missed it, AMC has a complete and spoiler-laden recap of A Little Kiss, the first episode of season five. (Key moment: “In the conference room, Peggy’s pitch for a ballet of beans fails to impress the Heinz executives.”)

Don’t miss the Don Draper quotes, including these winners:

“I hate to break it to you but there is no big lie. There is no system. The universe is indifferent.”

Don is remarried now, and the video claims he’s happier, but he actually looks a little darker in the official photo from the Mad Men website: 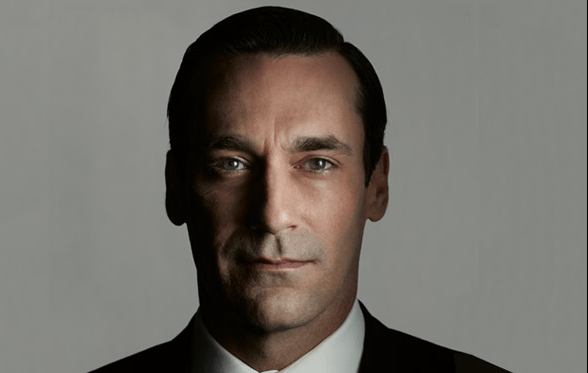 Also, I can’t help but notice that Don’s new wife, Megan Calvet, is not included in the show’s official cast listing. The same list includes a whole bunch of minor characters like the departed Sal Romano and Freddy Rumsen, plus a whole raft of Don’s old girlfriends. No room for the new wife? Just an oversight, or a subtle indication that she’s not long for the show?