Banksy is the mysterious graffiti artist who went international with the 2010 movie Exit Through the Gift Shop. The movie was a prankster’s prank. And now Banksy’s being pranked by Hanksy.

It’s a New York thing. For the last several weeks an East Side street artist has been providing grins for that city’s graffiti connoisseurs.

Banksy is one of the most famous graffiti artists in the world. He’s right up there with Shepard Fairey, but more sly and, well, anonymous. Using detailed stencils, he’s made arty-political statements in the U.S. and the U.K., and is the man behind the sorta-documentary Exit Through the Gift Shop, itself an arty-political statement. The movie is a modern equivalent to the Orson Welles film F for Fake (featuring famous hoaxers Clifford Irving and Elmyr de Hory).

Hanksy is a street artist who has taken to doing Banksy-like works with a Tom Hanks twist. And now he (?) has his own art show in New York. 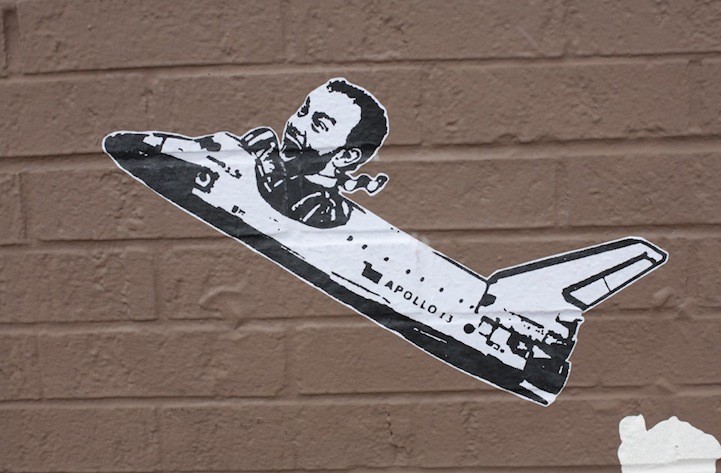 Here from the L Magazine.

Here from The Gothamist.

Here from Best Week Ever.

And here, from Wooster Collective.

Hanksy, in turn, has been spoofed by “Danksy” — read about it here.

As a personal aside, these Hanksy works remind me of a local artist where I live, a sticker graffiti guy who goes by the handle Kanye PDX. There are hundreds of Kanye PDX stickers all over the streets of Portland. I get a big chuckle whenever I see one. They look like this: 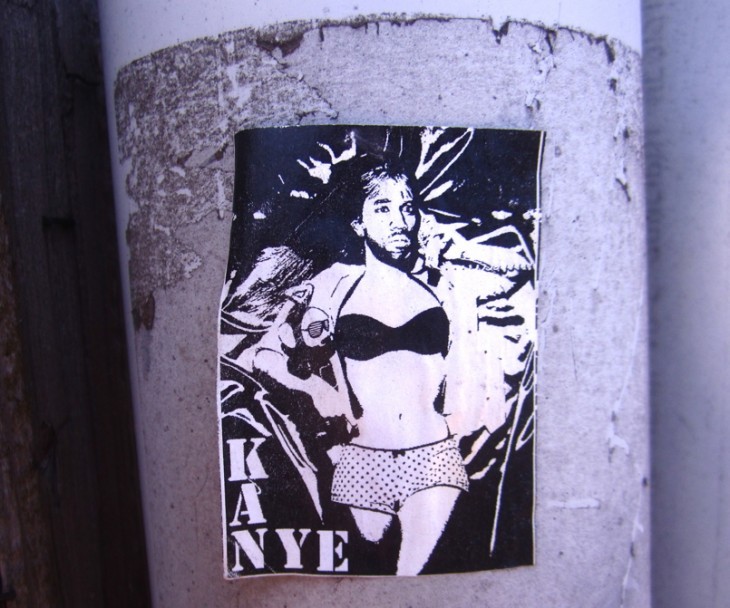 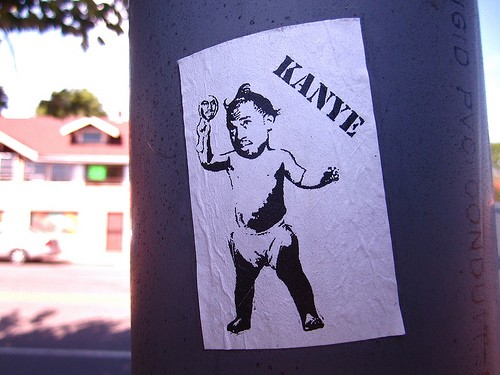 (More KanyePDX photos can be seen at Portland Stickers.)