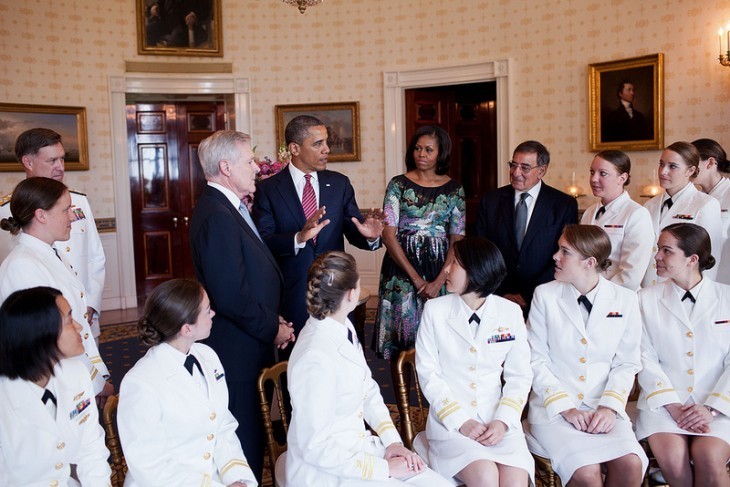 President Barack Obama talks with the first contingent of women to be assigned to the U.S. Navy’s operational submarine force during a photo op on Memorial Day.

The 24 women were accepted into the Navy’s nuclear submarine program and began serving last November after completing an intensive training program. Women now serve on ballistic and guided missile submarines, but not yet on smaller fast-attack subs.