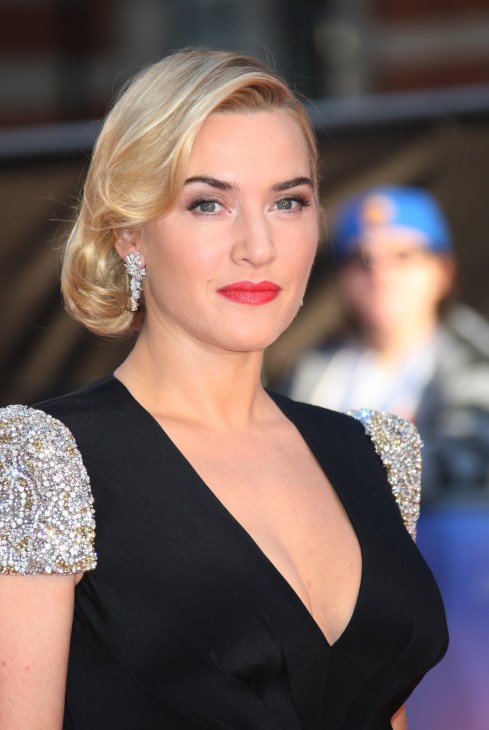 You’ve got to give her bonus points for the perfectly, perfectly outlined lips. That’s got to be a movie star trick.

It’s now 15 years since the original Titanic came out in 1997. The movie thrilled dis-rom fans (disaster-romance, don’t you know) and grossed a modest $1.84 billion worldwide. That was a record for 12 years, until Avatar — also a Cameron film — passed the $2 billion mark in 2009.

All that money-talk pales in comparison with how classy Kate Winslet looks.

She’s 36 now, and a mother of two; she and DiCaprio were 21 and 22, respectively, when Titanic came out. Here’s how she looked back in the day: 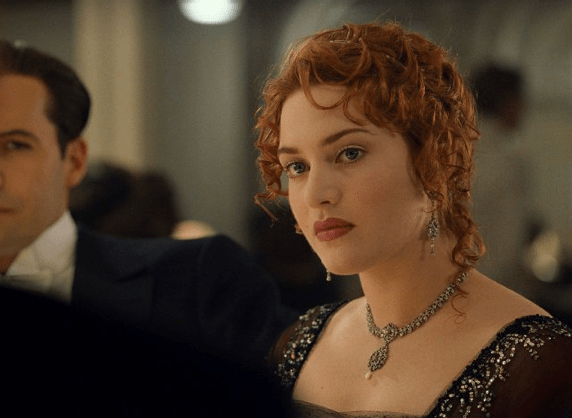 Still with the perfect lipstick. How does she do that?