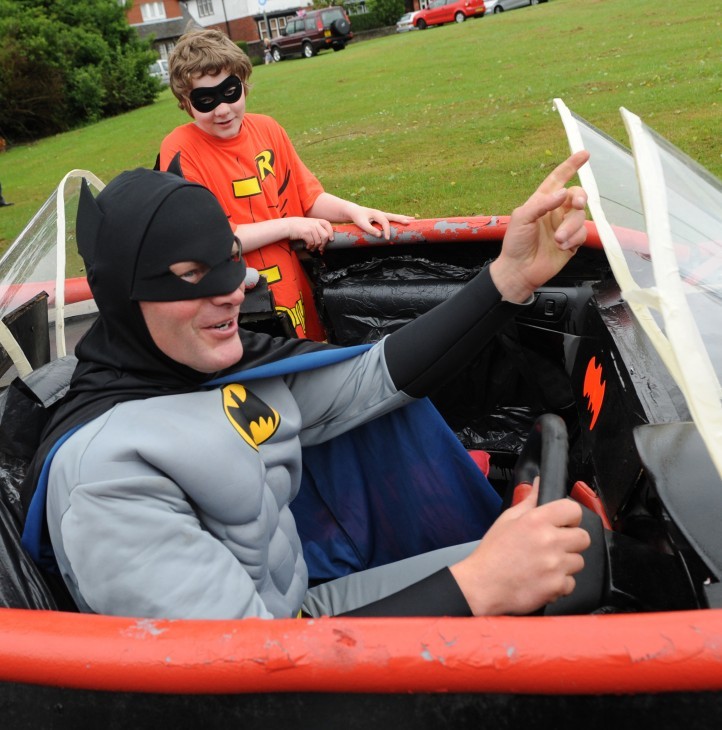 And you thought Scotland was the last holdout of sane, sensible, thrifty citizens.

Findlay Erskine and his son Lewis have built a Batmobile in Linlithgow, a suburb of Edinburgh. Why?

“It was Lewis’ idea for a woodwork exercise, and I was easy to persuade because we’re both Batman fans and I’ve always wanted to cut the roof off a car.” 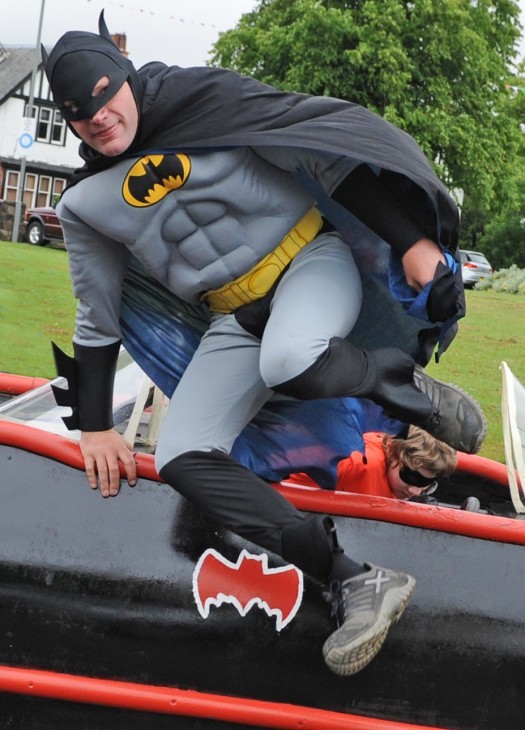 It seems possible that at age 40, Mr. Erskine enjoys dressing as Batman a little too much, but let it pass. The whole thing was a home-schooling project for Lewis, who is 12. 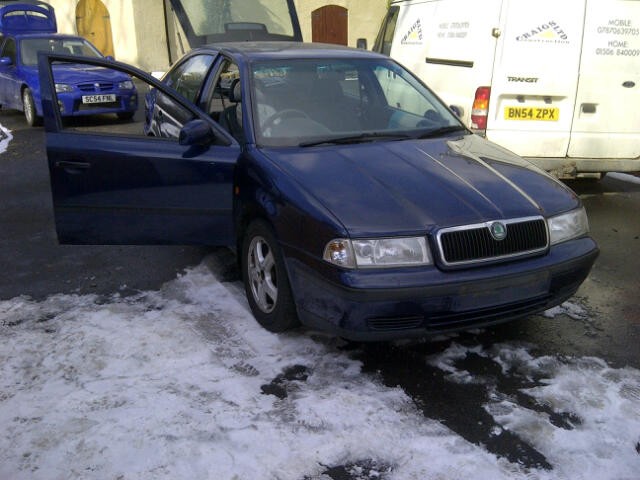 Here’s how the car, a Czech-built Skoda, looked before the lads got their hands on it last winter. 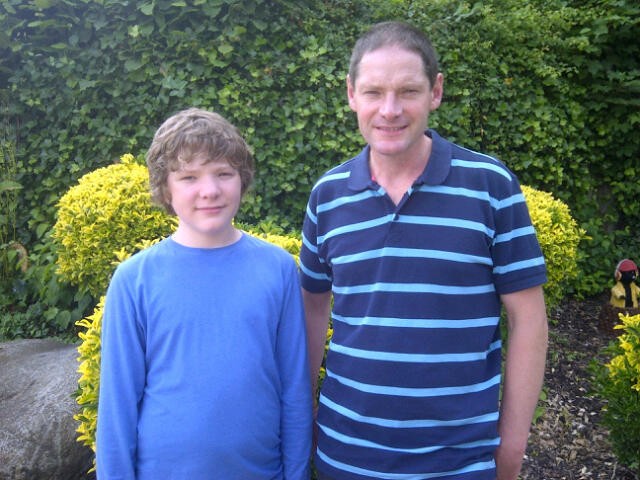 …and here’s how the Erskines looked before their transformation. 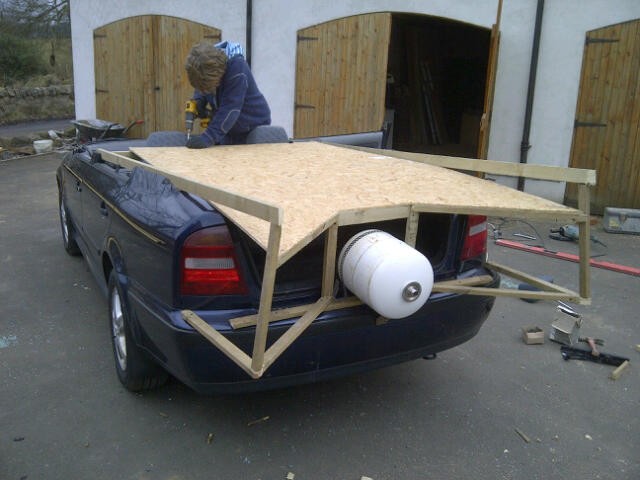 Now for the woodworking. It does seem like an advertisement for home schooling — at least, from a boy’s point of view. 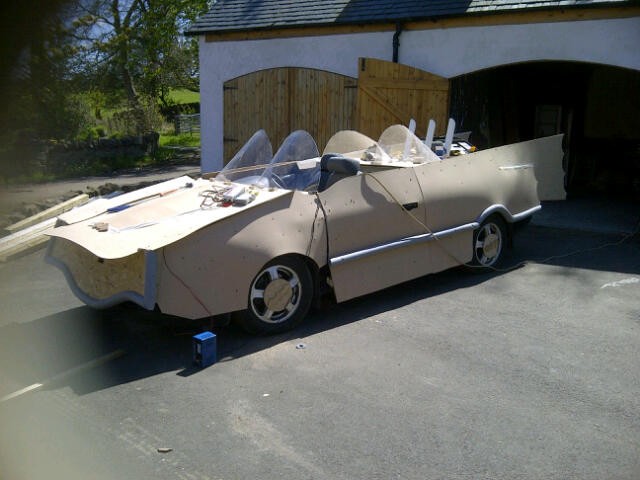 “We cut the roof off in the garage, stripped the mirrors, then made a frame around it with MDF board,” reports Findlay Erskine. The plexiglas windows must have been from the advanced ‘Building a Batmobile’ class. 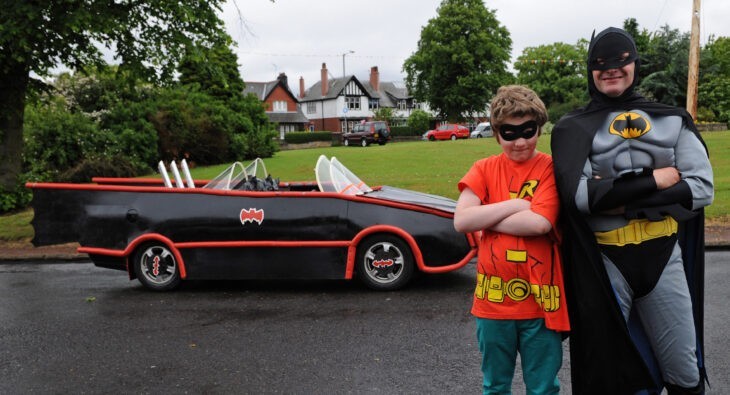 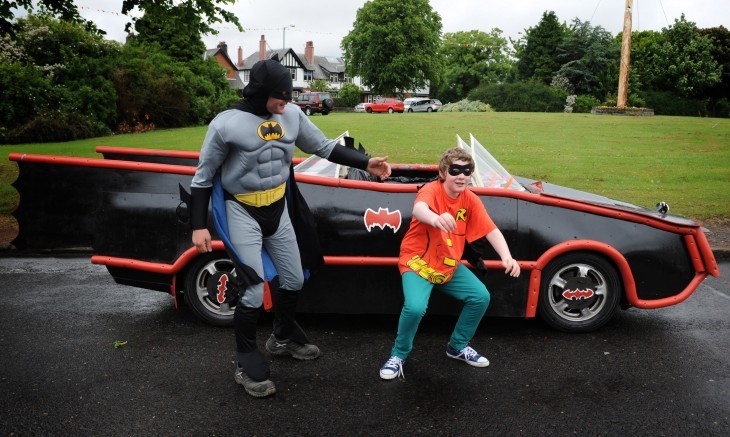 (The shoes are always the giveaway on a superhero costume, aren’t they?) 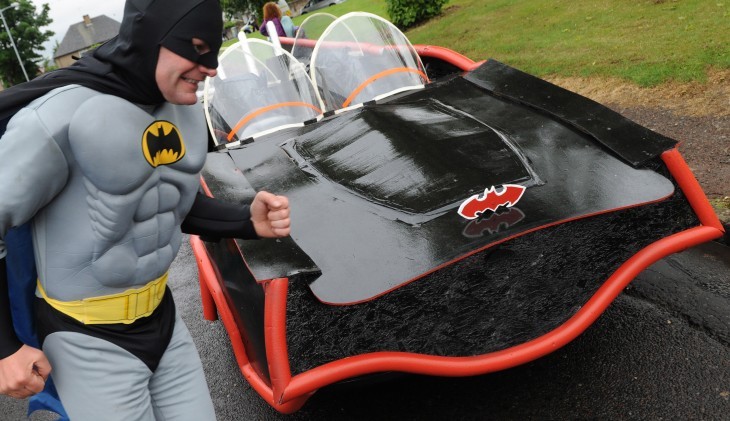 The boys also fitted the car with speakers behind the seats, so they can blast the Batman theme song as they motor down the road at up to 60 mph. 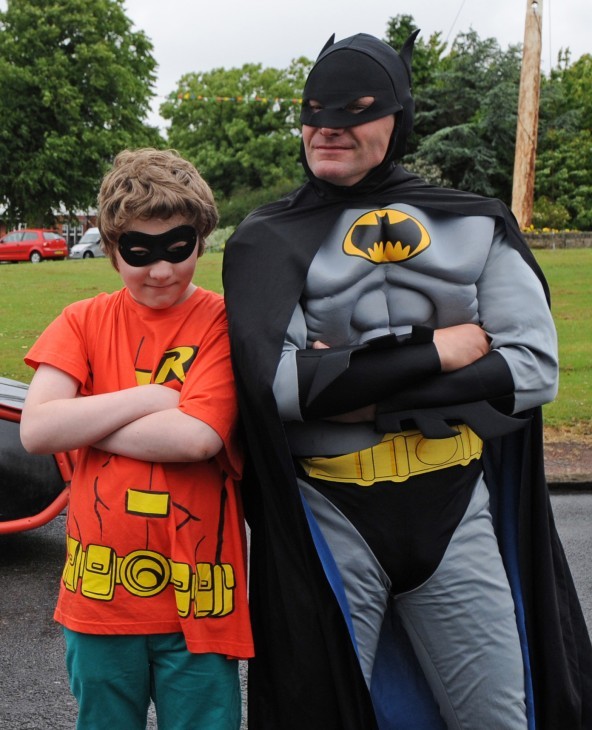 Well, they seem like good eggs. And I’m glad they didn’t force mum to dress up as The Joker.

Final cost for a homemade Batmobile: £150, plus one donated Skoda. So actually, that is pretty thrifty. Plus they’ve already reclaimed some of the cost:

Findlay took the car to the local Linlithgow Marches Festival and the Bo’Ness Children’s Fair, where it won a £5 (GBP) prize last month. He added: “We got a special prize of £5, but the most rewarding thing was the reaction from all the children, who loved it.”

Because everyone loves the Batmobile.

Tags: Batman Cars Fans Homework Robin the Boy Wonder Scotland
Why Do We Re-Elect Politicians Who Cheat and Lie?
The Prince of Cambridge Arrives: New Royal Baby and Heir to the Throne