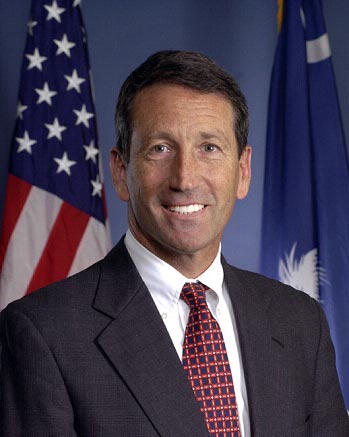 So: a guy like Mark Sanford can cheat on his wife, lie about it to the people who elected him, misuse public funds, trespass at his ex-wife’s house… and then be elected when he runs three years later in the very same state.

Are we stupid, or just lazy? A little of both, say the experts:

Some… believe that when it comes down to it, partisanship trumps all. Others suggested that voters, particularly religious voters, love a good redemption story. Still others said their opponents spent so much time deflecting questions about scandals, they never had to face more substantive criticism. And some said most voters just did not really care all that much.

The religious angle is particularly strange:

“Where there is a large Christian voting bloc, they believe in redemption,” said John L. Ray, who lost the 1994 Democratic mayoral primary in Washington to Marion Barry four years after Mr. Barry’s arrest for crack possession.
“When Barry ran here it was God this and God that and God is not finished with me yet,” said Mr. Ray… “He would go in these Baptist churches and, frankly, the ministers would also be able to save a few souls that day.”

Redemption is good, sure. But do they have to be redeemed in public office? Is there really no sensible, boring person who can hold down that job while the sinner gets right with God?
Some say that today’s cheaters can thank Gary Hart, the presidential candidate who was caught dallying with 29-year-old Donna Rice in 1987:

“When he did it, it was like Roger Bannister breaking the four-minute mile.”

Brrrrother.
Politicians Are Slowed By Scandal, But Many End Up Winning the Race »