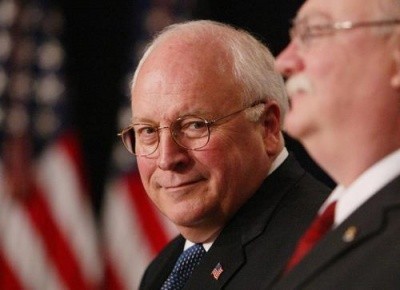 Dick Cheney thinks Sarah Palin was a weak choice? Well, Mike Lupica thinks Cheney was not so hot either:

The truth is, it was as if Bush had selected Dr. Strangelove to run with him, then help him preside over as dangerous and disastrous an eight years as we’ve ever had in this country.

Cheney — bully, phony, self-important former congressman from Wyoming — has spent a lot of time since he left office rewriting the history of his time at the White House, though you have to say that probably doesn’t offer much consolation to the families of the soldiers killed or wounded in Iraq, a war started under false pretenses, one this genius originally said would last a couple of years.

…Now Cheney calls the choice of Sarah Palin a “mistake.” Well, no kidding, Sherlock. But Palin was a lounge act compared with Cheney himself, who actually made it to the White House, the great American who couldn’t wait to start the kind of war he didn’t want to fight himself when he was young.

Meanwhile, the Democrats are pointedly saying how happy they are to welcome Bill Clinton to their convention:

The Obama campaign will be keen to take advantage of the former president’s immense popularity and remind voters that a Democrat was in the White House the last time the American economy was thriving. 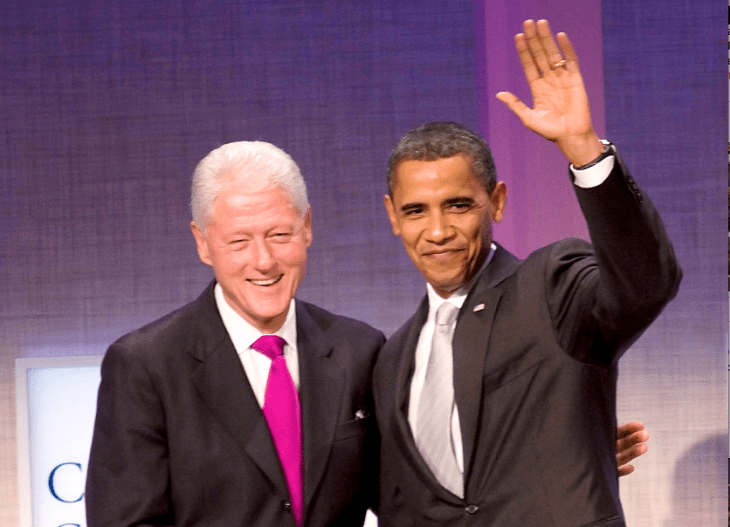 George W. Bush, on the other hand, won’t be attending the GOP convention.