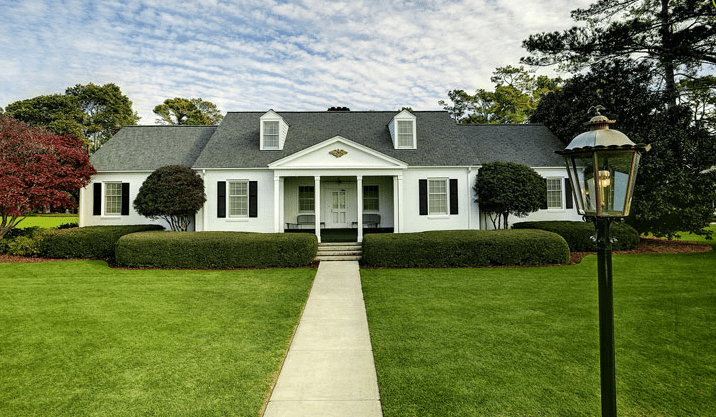 The presidency has its privileges:

Eisenhower Cabin, which sits prominently beside No. 10 tee, is immediately distinguished from the others at Augusta by the gilded eagle that adorns the pediment. A spacious porch with four rocking chairs looks out on the practice putting green. The building has three floors, with a pair of bedrooms on each of the top two floors, and a basement space that was used by the Secret Service whenever Eisenhower was in town.
…The dining room sports a sweeping view of Ike’s Pond and the Par 3 Course in back. A photograph shows Ike and Mamie walking together outside the cabin, and an oil painting he made of the par-3 No. 16 hole hangs above a fireplace.

The cabin was built at Augusta National Golf Club in 1958, during Dwight Eisenhower‘s second term. He made 29 trips to the club while he was president.
Eisenhower had a putting green installed at the White House in 1954.

Ike had difficulty keeping the squirrels (which Harry Truman had nearly tamed by hand-feeding them) from burying nuts in the green and joked that the Secret Service should shoot them. He resorted to having the groundkeeping staff trap and relocate them.

The putting green is still there today: 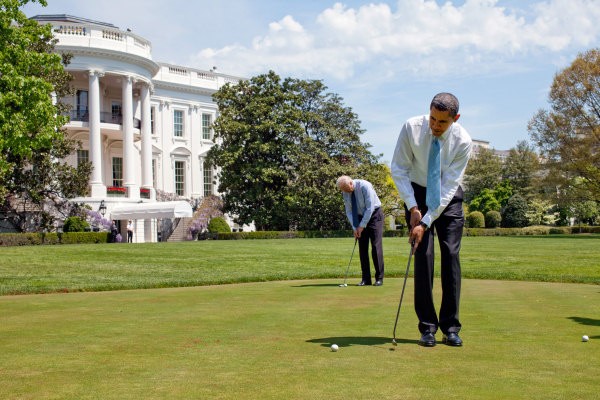 Which is pretty awesome.