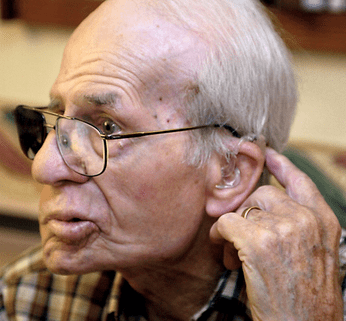 Yes, there is a Guinness World Record for “Longest Time to Live With a Bullet In the Head,” and William Lawlis Pace held it for 94 years and 6 months.

Mr. Pace was 8 years old when his brother, Marvin, accidentally shot him in October 1917. Doctors left the bullet in place, fearing he wouldn’t survive surgery to remove it. It didn’t stop him from playing baseball and basketball as a boy.

The durable Mr. Pace has died at the age of 103. The bullet in his head also didn’t stop him from being married for 71 years and fathering two sons. In fact, he was remarkably sanguine about the whole thing:

One day, his older brother, Marvin, picked up the rifle, mistaking it for a toy model. The gun went off, and the bullet went into Lawlis’ right ear. It passed through his head, but was stopped by the bone behind his left ear.
“It almost went clear across,” Pace said, adding, “It’s empty up there, so there was plenty of room.”

Zing! Good for him.
(Side note for history buffs: The gun was a .22, the same caliber Adlai Stevenson was holding when he shot and killed a girl as a kid.)
Man Who Lived With Bullet In Head Dies at 103 »