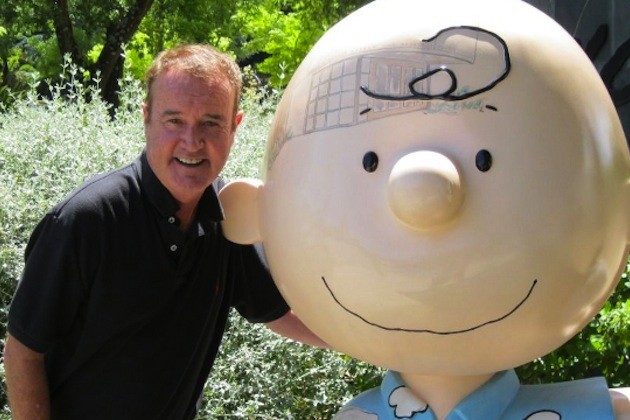 Peter Robbins, who as a child actor voiced lovable ol’ Charlie Brown in A Charlie Brown Christmas, has been arrested at the Mexican border and charged with stalking his ex-girlfriend and making criminal threats against a La Jolla plastic surgeon.

[The] four counts of threatening death and one stalking charge involve four victims, including a San Diego Police sergeant. Robbins allegedly threatened the officer with bodily harm during a January 13 incident. 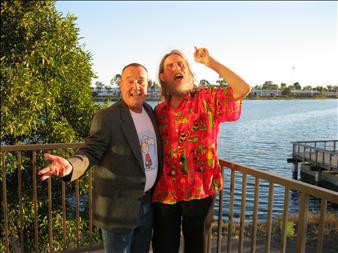 His busy Facebook page calls him Peter ‘Charlie Brown’ Robbins and features shout-outs to Peanuts fans and reminders of A Charlie Brown Christmas air dates. It also includes the above photo with “the original voice of Linus,” the late Chris Shea. 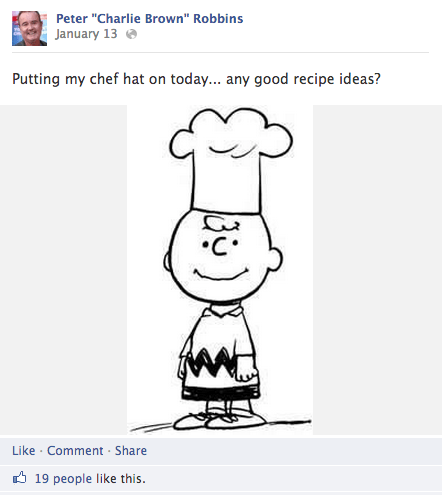 As recently as January 13th — the very same day he threatened the police sergeant with bodily harm — he was asking Facebook friends for good recipe ideas. And back on January 8th… 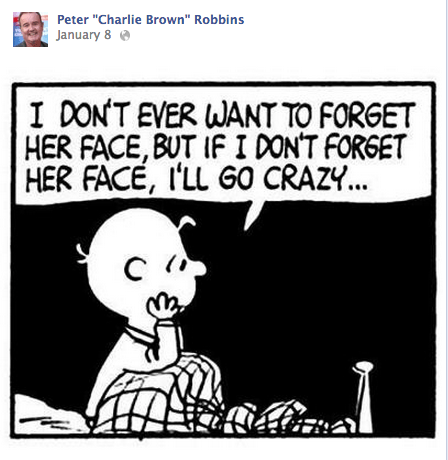 Ahem. Not to pile on, but it may be time for a trip to Lucy’s 5¢ psychiatric stand.

The arrest itself was pure Charlie Brown:

Border Patrol agents arrested Robbins late Sunday as he entered the United States from Mexico at the San Ysidro, California, port of entry… A computer check of his passport revealed that Robbins, who was driving into the country alone in a 2006 Mercedes, was wanted in San Diego on a felony warrant.

Robbins acknowledged to police that he is the same Peter Robbins who was the child actor.

On the plus side, here’s a fun game. Choose for yourself which real-life Charlie Brown TV show title best fits this situation:

Or perhaps: You’ve Been Arrested on a Felony Warrant While Returning from Tijuana, Charlie Brown (2013).

Hard-luck Peter Robbins himself may have put it best in still another Facebook post a few weeks back: 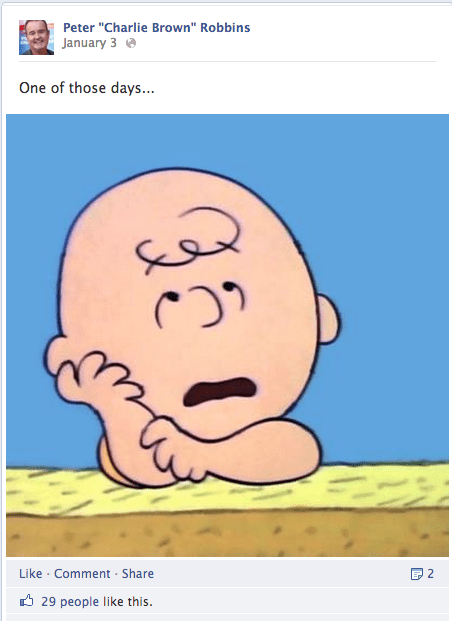 Now see our biography of the actual Charlie Brown »

Tags: Arrests Border Crossings Celebrity Craziness Charlie Brown Peanuts
Tom Brady and the Patriots System: One Fan’s Rant
Pyongyang Rocks Not Quite Like a Pendulum Do