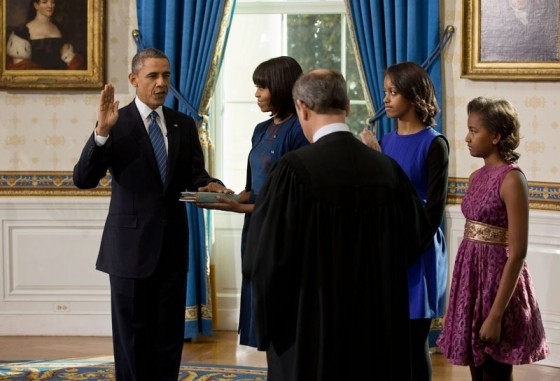 Barack Obama has been sworn in for his second term as president of the United States, with his family looking on:

Also, the White House has released the official portrait of Barack Obama for the next term, taken by White House super-photog Pete Souza: 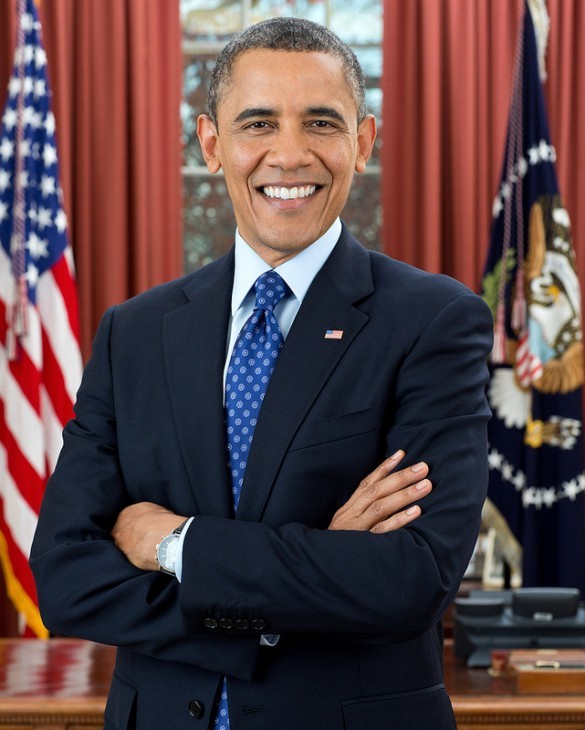 Nice shot. But bet that by the year 2017, he’ll be glad to wear a suit without having to stick an American flag on the lapel every single time.

See our biography of Barack Obama »

Sunita Williams Gives You A Tour of the International Space Station
You’ve Been Handcuffed at the Mexican Border and Charged With Stalking, Charlie Brown