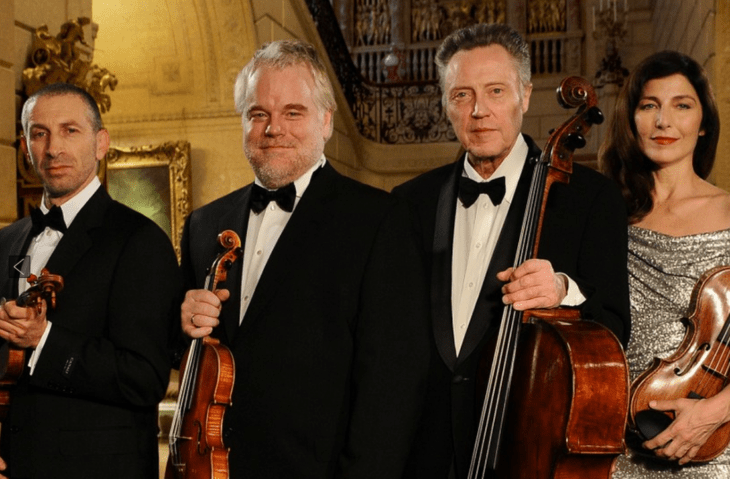 I hadn’t heard of A Late Quartet until just before we bought the tickets, and when I saw the cast that obscurity made me suspicious. Because it’s an indie filmgoer’s dream cast: Catherine Keener, Christopher Walken and (wait for it) Philip Seymour Hoffman.

Plus an obscure handsome dude I’d never heard of, Mark Ivanir (who in real life turns out to be a former Israeli soldier and street clown), and a young beauty whose name, Imogen Poots, would surely have been changed to “Veronica Lake” in a previous era of Hollywood. (Or to Judy Garland, since “Imogen Poots” sounds a lot like “Frances Gumm.”)
The plot: famous string quartet is thrown into turmoil when one of its members shows early signs of Parkinson’s Disease. Assumptions are challenged, rivalries are exposed, nerves fray, hot flamenco dancers offer temptation, etc, etc.  It’s easy to see how this “small” movie could attract such a cast, because every single scene is loaded with emotional moments, and most scenes give two, three or all four characters the chance to chew their handsome Manhattan loft antique furniture right down to the rock-maple frames. 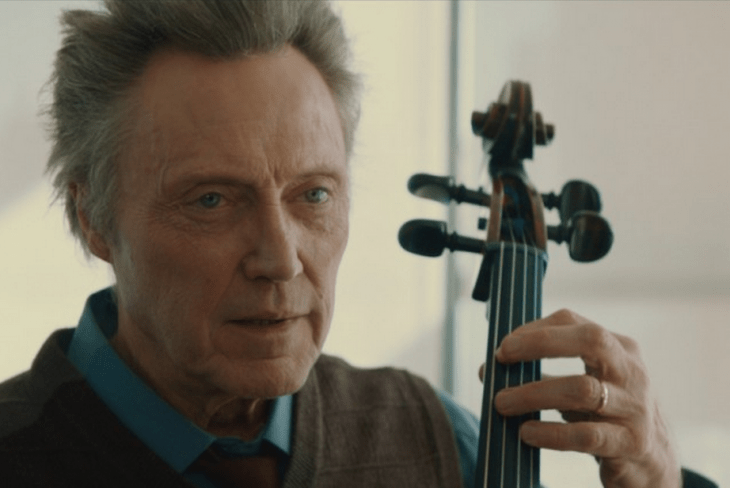 That said, I liked this film a lot. Christopher Walken is great. It’s good to see him in a role where he isn’t a wink-wink psychopath, and some of the most enjoyable scenes in the movie are just watching him mildly lead a class of young students.  Hoffman is good because the casting agents observed the cardinal rule of PSH, which is: never make him the leading man. He’s well-cast here as the (literal) second fiddle who feels under-appreciated.
Both Catherine Keener and Christopher Walken look WAY older, which suits the movie but may make you feel aged yourself if you remember her in Being John Malkovich. 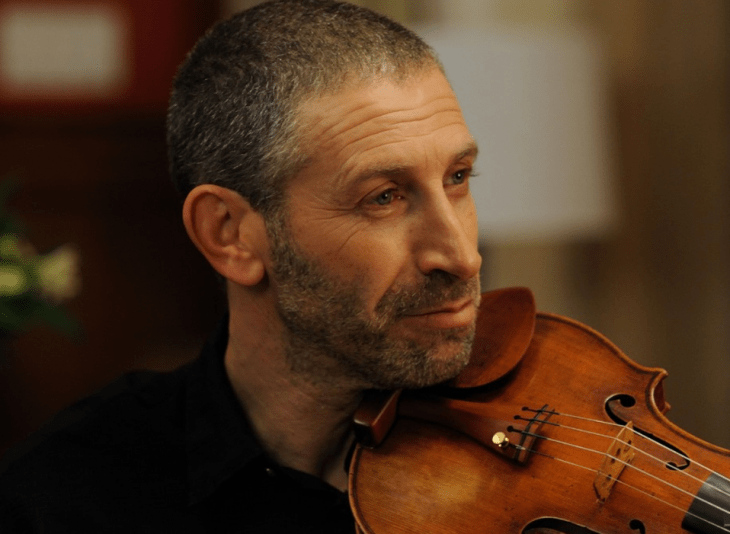 The fake-music-playing is done as well as it can be done, which is to say it’s totally noticeable but cleverly kept to a minimum. The director, Yaron Zilberman, graduated from M.I.T with a Bachelor’s degree in physics, and he needs all that knowledge to make the fake shots work: lots of facial closeups, lots of long shots, lots of angles showing heads and instruments with the hands just out of frame, and plenty of time spent showing our faux-musicians carefully adjusting the ol’ horsehair and messing with their fancy cases.
(The end credits show that each of the four main actors had three different musical coaches, 12 in all. If it didn’t look real, it wasn’t for lack of trying.)
I was right with the movie until about 2/3 of the way through, when it piles on an added helping of secrets from the past that are just a (violin) bridge too far. But overall it was a satisfying time at the movies, and blissfully short at 105 minutes. It gave us something to talk about afterwards, and it made us try to find music by Beethoven on the car radio.
Also, it led us to this wonderful user comment on the IMDB:

“I’m a professional violinist and I was horrified at this film which portrayed musicians who had supposedly been playing together 25 years, acting like adolescents with no self control, and having spats about power struggles that literally could have not have any basis in reality. Of course classical musicians are human and have flaws and failings but to portray a world class quartet member as becoming violent and risking damaging instruments, or leaving his instrument behind and having no memory of that 12 hours later was a chilling misrepresentation of the sensibilities of our fine profession.”

Chilling indeed. This is the first movie in history ever to take dramatic liberties with the profession being portrayed.
To sum up, I give A Late Quartet 13 coats of fine old violin varnish out of a possible 20. And I add one bonus coat for Mark Ivanir’s wonderful studly-crinkled face. 14 coats total. Congratulations to all concerned.