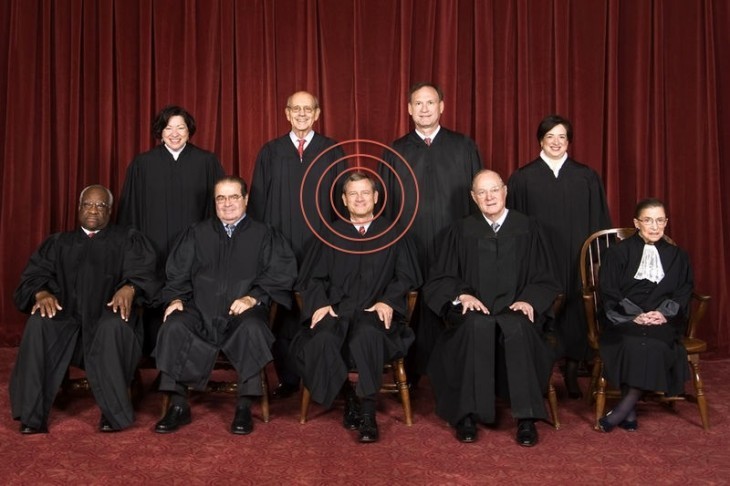 Chief Justice John Roberts started out on the “strike it down” side of the health care ruling before switching sides:

“Roberts then withstood a month-long, desperate campaign to bring him back to his original position, the sources said… But this time, Roberts held firm. And so the conservatives handed him their own message which, as one justice put it, essentially translated into, “You’re on your own.”
The conservatives refused to join any aspect of his opinion, including sections with which they agreed, such as his analysis imposing limits on Congress’ power under the Commerce Clause, the sources said.
Instead, the four joined forces and crafted a highly unusual, unsigned joint dissent. They deliberately ignored Roberts’ decision, the sources said, as if they were no longer even willing to engage with him in debate.”

To the untrained ear that sounds like old-fashioned pouting. But surely, not at the Supreme Court.
Roberts Switched Views to Uphold Health Care Law »