The Heritage Auctions folks hosted the auction the last week of February. According to Art Daily, the top-dollar item was a 1927-28 Yankees jersey worn by baseball great Lou Gehrig. The jersey brought $717,000. 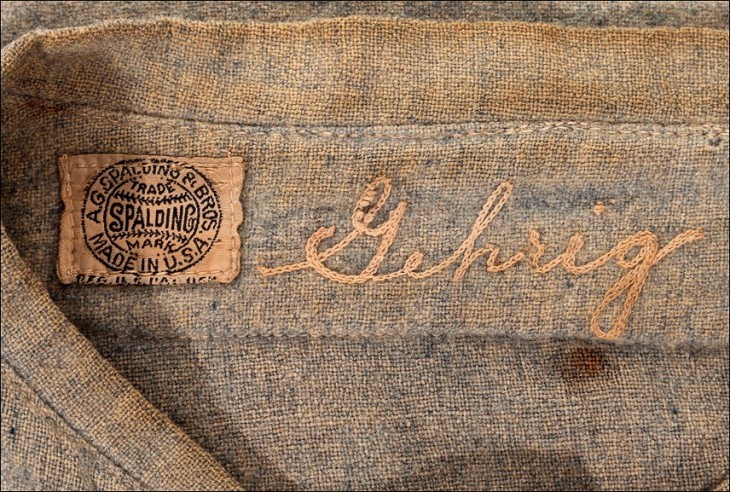 The Art Daily article mentions many other items that sold, including Mickey Mantle‘s 1949 signing bonus check — signed and endorsed — going for $286,800. Other featured items include a jersey and stick from Mike Eruzione, captain of the 1980 U.S. Men’s Olympic hockey team (the ones who beat the Russkies), and a jersey from Lew Alcindor’s 1969 season with the Bucks (before he became Kareem Abdul Jabbar).

Not everything auctioned was from the olden days: a jersey, some cleats and a pair of gloves belonging to San Francisco 49er Colin Kaepernick sold for $22,705. Those items come from a 2013 game against the Green Bay Packers.

Here, once more, is Lou Gehrig’s famous speech, about being the luckiest man in the world: