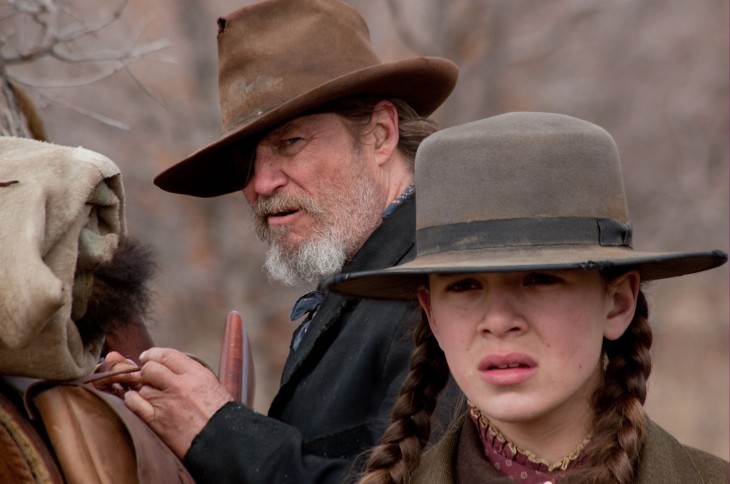 Jeff Bridges (as Rooster Cogburn) and Hailee Steinfeld (as Mattie Ross) in the 2010 film True Grit.

Kudos and thumbs up to True Grit, the 2010 reboot of the 1969 film that won John Wayne his first Oscar. It’s a great holiday flick.

DO expect to love Jeff Bridges.  Someone — maybe screenwriter William Goldman? — once said that the first rule of all movies about the OK Corral is that Doc Holliday steals the show. The first rule of all True Grit movies is that Rooster Cogburn will steal the show and get an Oscar nomination to boot.  It happened in 1969 with Wayne and it will happen in 2010 with Bridges.

DON’T worry about the Coen Brothers rubbing your nose in grotesqueries and nastiness, as is so often their wont. They play it straight in this film. There are moments of sharp violence and decayed flesh, but nothing that is lingered over or unbearable.

DO be ready to hear great eccentric dialogue from the Charles Portis novel, used to great dramatic and humorous effect by everyone here.

DON’T think Matt Damon will get an Oscar nomination as LaBoeuf, the Texas Ranger.  He’s great, but it’s not that kind of role. 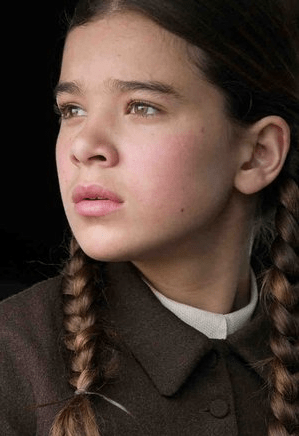 DO think Hailee Steinfeld will get an Oscar nomination as brave, obstinate Mattie Ross. She deserves it, and the Academy loves nominating women under 15. It’s in the bag.

DON’T expect to see a lot of Josh Brolin as the big villain, Tom Chaney. He is much-talked-about but unseen for the first two-thirds of the movie — kind of like the shark in Jaws. It’s all right: other bad guys are lurking to pick up the slack.

(Speaking of Jaws, Steven Spielberg is credited as Executive Producer of True Grit, and one wonders why the Coen Brothers needed his participation or why he wanted to provide it. What does Spielberg actually DO to earn that credit on a movie like this one? Raise money? Do the Coens still need that?  The IMDB lists Spielberg as the executive producer of 96 different films and TV projects since 1978 — an average of exactly 3 per year — on top of the 27 films and TV shows he directed in that time. It’s an obsessive hobby, if nothing else.)

DO be surprised to see John Goodman playing one of the bandits, but then DON’T believe it’s actually him. It’s an actor named Paul Rae.

DO listen for echoes of Robert Duvall in Barry Pepper as ‘Lucky’ Ned Pepper. No surprise, given the idiosyncratic Portis dialogue, but kind of cool nonetheless. (Barry Pepper is having hisself quite a career.)

DON’T expect this version of True Grit to end like the 1969 version, with Cogburn waving his hat, jumping his horse over a picket fence and hollering “Come see a fat old man sometime!”

Truth is, this new film shows just how much the old film was tilted like a bad billiard table to roll every scene towards John Wayne and his well-oiled stardom.  In the 1969 film, for instance, Cogburn lives behind the shop of a Chinese grocer, Chen Lee. He and Lee have a friendly running card game, while Cogburn makes nice with a lovable orange cat named General Sterling Price. Message: Cogburn has a bad reputation but is really a swell guy.

This version has no cat and no cards — Mattie just finds Rooster sleeping off a drunk in his cot beneath some dead smoked ducks. When she comes back later, Mattie finds Cogburn gone and Chen Lee wallowing in the same cot, smoking opium. That’s a little more grit, yes.

DO stay for the credits to see the listing for “Mr. Damon’s Abs Double: Buster Coen.” It’s an insider nod to Ethan Coen’s 15-year-old son, who was an assistant on the shoot.

And if you’ve seen it already, tell us what you think: did you dig True Grit?