Join two of the most living of our former presidents in saying happy birthday, to Old Glory. June 14th is Flag Day. 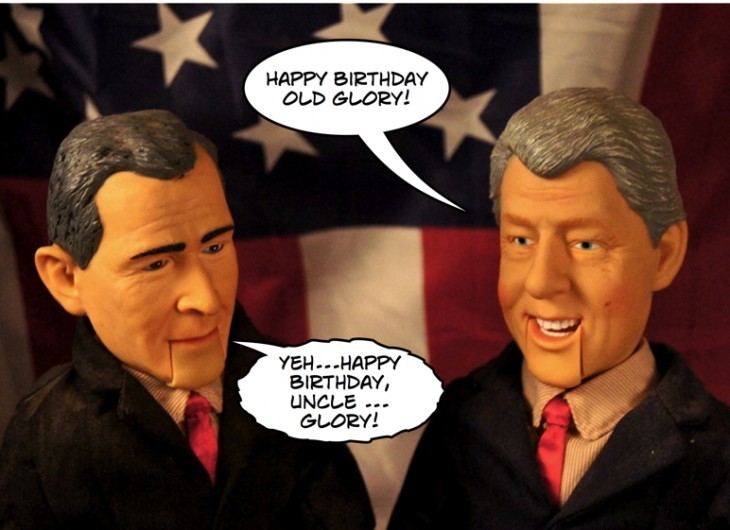 Flag Day celebrates the anniversary of the day the flag with the stars and stripes was adopted by the Continental Congress in 1777. That was 235 years ago. The flag has changed a bit since then. A lot of the same guys are still in Congress.

But the flag hasn’t changed (officially) since they put the 50th star on it for Hawaii in 1960. Old-timers say it’s all been downhill since then. I don’t know why they don’t just add a whole bunch more stars and get this country moving again.

President Woodrow Wilson made the birthday official in 1916, proclaiming June 14th Flag Day and making it one of those holidays that’s not really a holiday.

To find out about the famous seamstress behind the flag, visit our biography of Betsy Ross.

For more on our most living presidents, visit the Who2 biographies of George W. Bush and Bill Clinton. 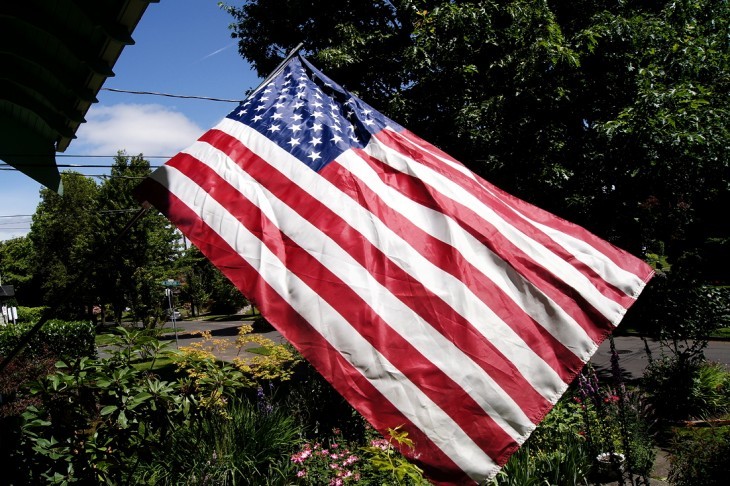