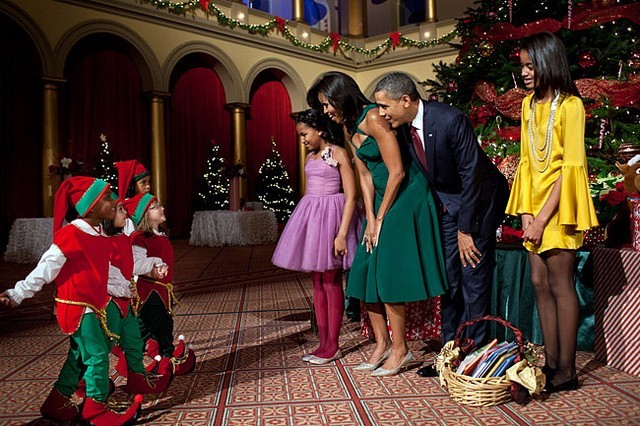 This super-cute Christmas photo popped up for us in the White House photofeed today. Love the shot… but then we noticed that it’s from 2011.

Which got us wondering much taller than the elves Sasha Obama (center above, in lavender dress) would be today. Answer: quite a bit. The White House is very sparing with photos of the first daughters, but we did find this shot from Easter this year: 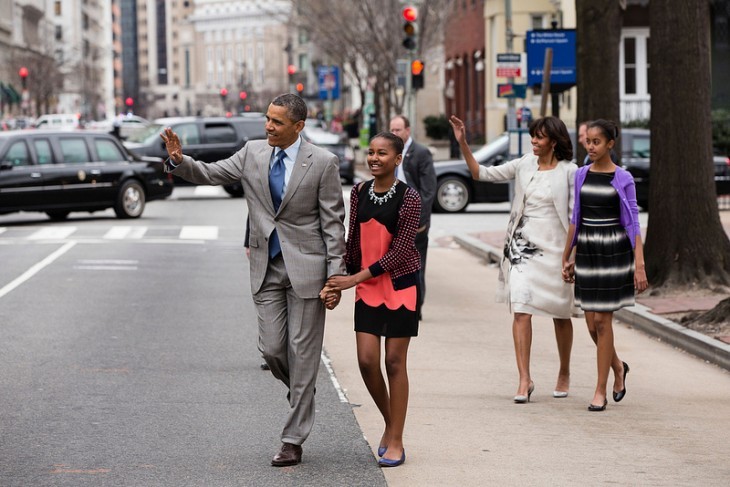 Whoa! Much taller. She’s up to the President’s shoulder… and he’s got heels on. And here’s one from a few months later, in June at the airport in Tegel, Germany: 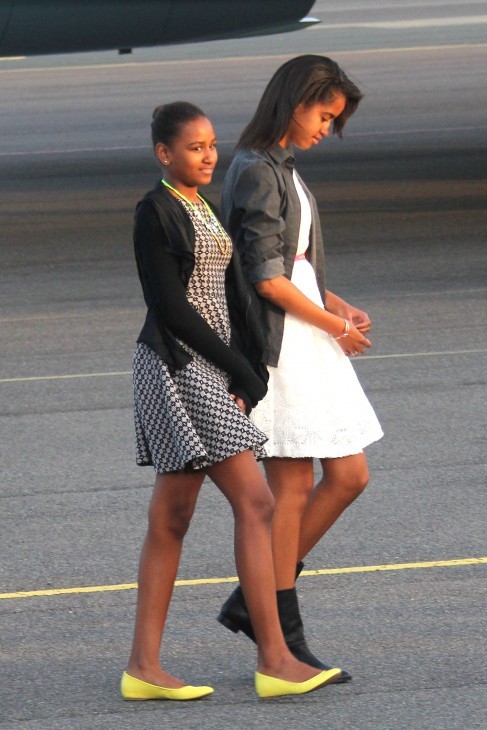 That’s Sasha Obama at left with her older sister Malia Obama at right. Sasha is 12, and Malia turned 15 this year. 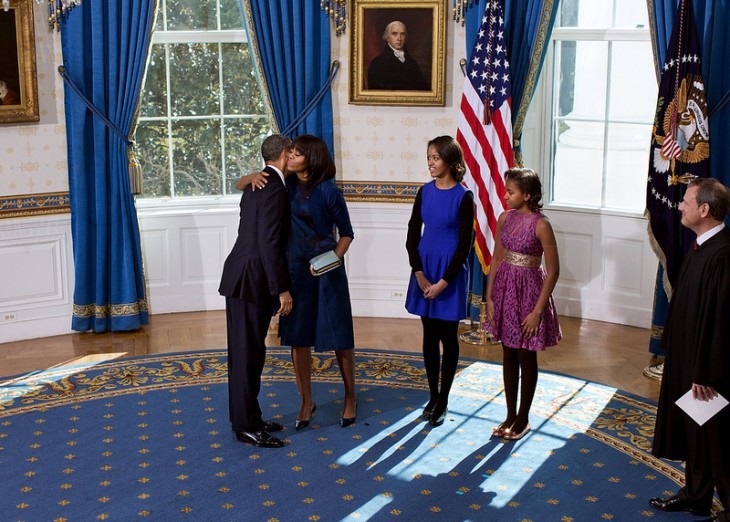 Malia seems to have grown significantly just this year. Check out this photo from the President’s swearing-in in January. That’s Sasha Obama at right (well, it’s Chief Justice John Roberts at far right) with Malia and then their folks. Could be a trick of the camera, but it looks like she’s added a few inches since then.

Growing up in the White House — what an experience it must be. Here’s one more shot from this summer: 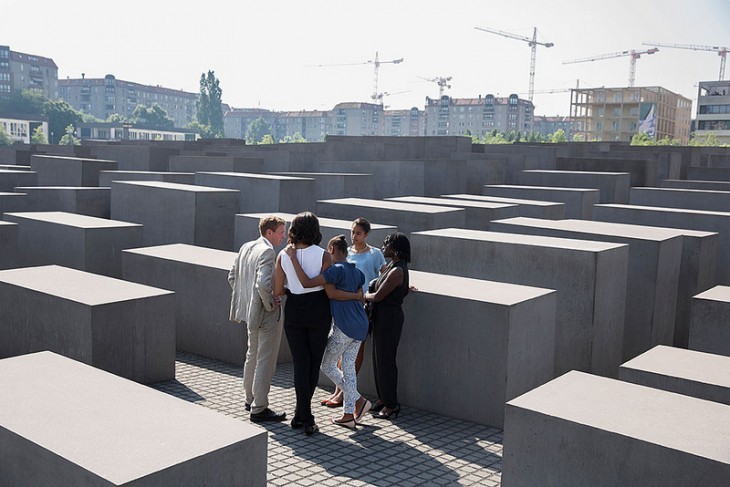 That’s First Lady Michelle Obama, with Sasha (dark blue shirt) and Malia, plus Barack Obama’s half-sister Auma Obama, getting a private tour of the Memorial to the Murdered Jews of Europe in during that Berlin trip this summer. Foundation Director Uwe Neumarker is giving the tour.

Sasha and Malia will be 15 and 18 when they leave the White House in 2017. Whatever else they can say of the experience, they’ll have seen a lot of history. And elves.