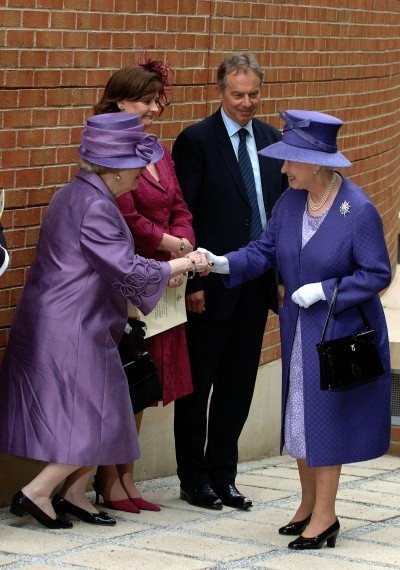 Prescient words from Margaret Thatcher in 1952:

“If as many earnestly pray, the accession of Elizabeth II can help to remove the last shreds of prejudice against women aspiring to the highest places, then a new era for women will indeed be at hand.”

Margaret Thatcher wrote those lines in the Sunday Graphic when Elizabeth became queen after the death of her father, King George VI. Then a law student and aspiring politician, Thatcher was already flashing her give-no-quarter Iron Lady style:

“If we are to have better representation in Parliament, the women of England must fight harder for it.
Should a woman arise equal to the task, I say let her have an equal chance with the men for the leading Cabinet posts. Why not a woman Chancellor—or Foreign Secretary?
Why not? And if they made mistakes, they would not be the first to do so in those jobs!” 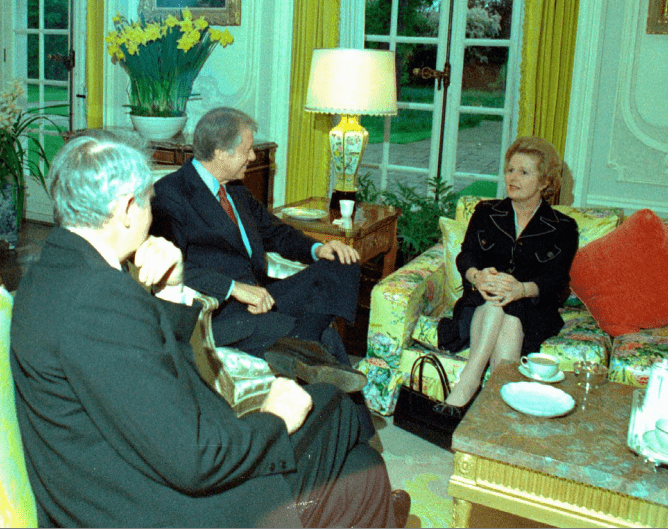 25 years later, Elizabeth II was celebrating her Silver Jubilee and Thatcher was meeting President Jimmy Carter as leader of the Conservative party. Two years later, Margaret Thatcher was prime minister.
(Top photo: Lady Thatcher curtseys to the Queen after a 2007 service on the 25th anniversary of the Falklands War, as Tony and Cherie Blair look on. Lower photo: Thatcher meets Secretary of State Cyrus Vance (left) and President Jimmy Carter at Winfield House in London in 1977.)

Tags: Grrrl Power Jimmy Carter King George VI Margaret Thatcher Political Leaders Politics Queen Elizabeth II The Royal Family When I Am An Old Woman I Shall Wear Purple Women and Men
Mike Baxter Shows How to Save a No-Hitter
Queen Elizabeth’s Secret Formula For Looking Like the Queen