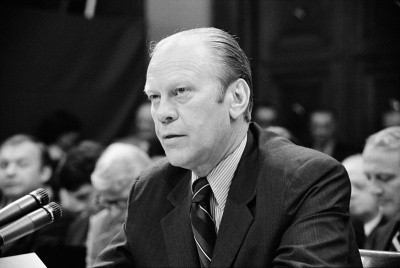 Ford was one of America’s shortest-serving presidents, spending only 29 months in office. But then he became America’s longest-lived ex-president, living for 93 years, 5 months and 12 days in all. He just edged out Ronald Reagan, who had died in 2004 at the age of 93 years, 3 months and 30 days.

So which of the living ex-presidents has the inside track to pass Ford? Here’s the lineup:

Our money’s on one of those four beating Gerald Ford. (Though George H.W. Bush is going to jump out of an airplane at age 90.)