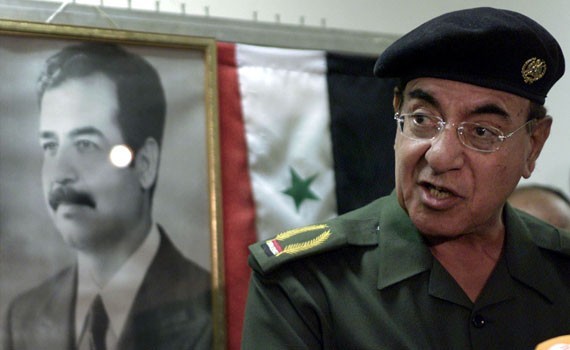 Everyone made fun of Mohammed Saeed al-Sahaf — aka ‘Baghdad Bob’ — when he was spokesman for Saddam Hussein before the start of the Iraq War in 2003.

His predicitons don’t sound so crazy now, The Atlantic points out:

THE PREDICTION: “The crook Rumsfeld said yesterday that they are hunting mass destruction weapons in Baghdad and Tikrit, and yesterday I replied to that cheap lie.”
“I assure you that those villains will recognize, will discover in appropriate time in the future how stupid they are and how they are pretending things which have never taken place.”
THE REALITY: As a 2012 CIA study concluded definitively, Saddam Hussein didn’t have weapons of mass destruction. Nor did Iraq have 18 mobile laboratories for making anthrax and botulism, as Secretary of State Colin Powell claimed before the United Nations in February 2003, nor had Saddam Hussein recently tried to buy large quantities of uranium from Africa, as President Bush asserted in his 2003 State of the Union address. A decade of war was based on things that had never taken place.