Robert Bork, you may recall, became famous when he didn’t get the job as an associate justice for the United States Supreme Court. President Ronald Reagan nominated Bork in 1987, but Bork was rejected by a vote of 58 to 42. He went on to make a decent living as “the guy who got voted down.” He would add, “…and it was UNFAIR!”

Maybe that’s just what Justin Bieber said after he didn’t win the Grammy this year for Best New Artist. Bieber lost out to a jazz bassist with even better hair, Esperanza Spalding.

Using the magick of photo editing, and with a heart overflowing with sincerity, I have created a Virtual Birthday Cake for our two boys: 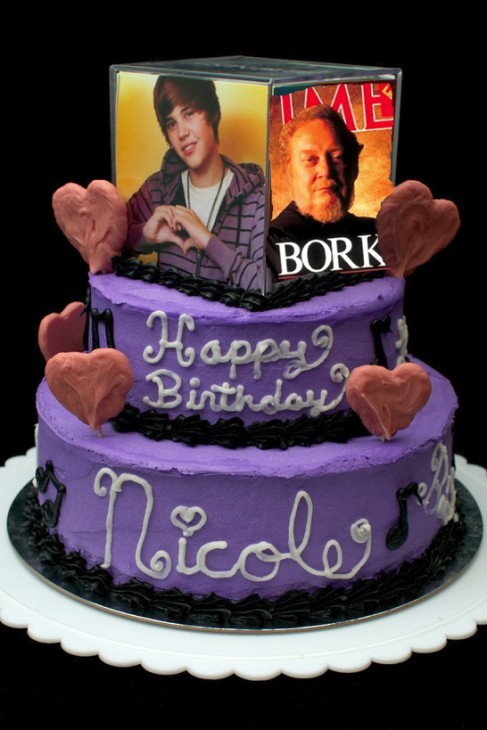