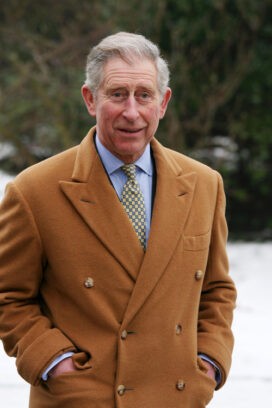 His own official site with news on his family, speeches and photos

The BBC delivers acres of details on their 2005 marriage

The eldest child of Queen Elizabeth II, Charles is the heir to the British throne. He was born to Elizabeth and Prince Philip in 1948, a year after their marriage and four years before Elizabeth became queen. Charles was made Prince of Wales in 1958 and served as a pilot and commander in the Royal Navy from 1971-76. In 1981 he married Lady Diana Spencer in one of the century’s grandest royal weddings. The match proved a bad one; the couple separated in 1992 and were divorced in 1996, the year before Diana’s untimely death in a Paris auto crash. The union produced “the heir and a spare,” Prince William (born 1982) and Prince Henry (more commonly called Harry, born 1984). After Diana’s death, Charles acknowledged having had a lengthy relationship with Camilla Parker-Bowles. After a period of unofficial companionship, the two were married in a civil ceremony on 9 April 2005. Charles is known as a keen outdoorsman who enjoys polo and hunting and is active in environmental issues. Charles also has a special interest in architecture and has been an outspoken (and controversial) critic of much modern architecture in Britain.

His first grandchild, the Prince of Cambridge, was born on 22 July 2013 to Prince William and his wife the Duchess of Cambridge. The child is third in line to the throne after Charles and William… The date of Charles’s marriage to Parker-Bowles was first set for April 8th, but was moved to April 9th after the funeral of Pope John Paul II also was planned for the 8th… Charles’s aunt Princess Margaret also had royal marital difficulties, and was the first immediate royal family member to be divorced since Henry ViII… According to the website of the royal family, Charles was created Prince of Wales in 1958 but was not formally invested until a 1969 ceremony at Caernarfon Castle in Wales.

Something in Common with Charles, Prince of Wales